Okay, I know that this post might be very irrelevant to many of you guys which is fine with me, but please at least try to help me out? I have this very serious and confusing problem I need to solve within this week and so what better than to ask for advices and help from you guys, my awesome and favorite people?! 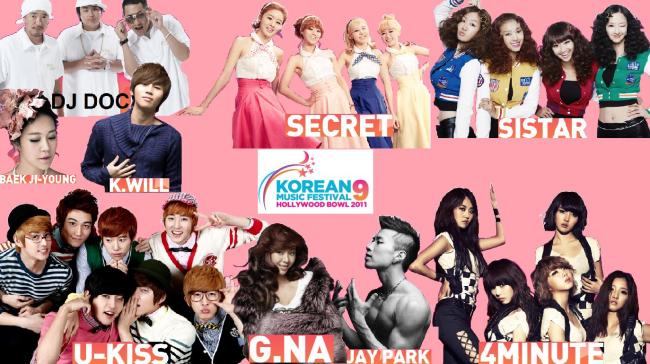 So I’m debating as to whether I should go to KMF or KCON this year. And since I’m indecisive right now, I have decided to get some help from you guys. So please help me out even if you guys don’t care about K-Pop,

So if you guys don’t know what KMF is, it’s the Korean Music Festival that takes place in L.A. I attended the concert three years ago in 2011 (aka one of the best artists and groups line-ups ever. All of those in the picture above came to perform the year I went. Best night of my life) and really enjoyed it. My sister expressed interest (extreemmmeeee interest) in wanting to go again this year mainly because EXO-M is going and she’s a really big fan of EXO. I love EXO too, don’t misunderstand, but I’m just a fan of theirs unlike my sister who goes all out for them and loves them like there’s no tomorrow. It doesn’t help that her bias is Chen and he’s in EXO-M. So she’s been pressuring me, my other siblings, cousin, and aunt to venture on a road trip to go to KMF again. I’m fine with this, but then I thought about it and I was like, “Why do I wanna go to a concert to watch one group that I like that will only perform three songs at the most?” The other artists and groups that are attending KMF this year are really talented and good. I’m neutral toward B1A4, but I’m not a huge fan of them. I don’t really care for Crayon Pop, Dal Shabet, or 2AM either who are also coming. I really only want to go to KMF for EXO-M, but even then, I’m not certain as to whether it’s worth all of my time and money. My family lives three hours away from L.A. so there’s gas expenses to take into consideration. Then we still have to rent a hotel and have enough money for food and other expenses. Urgh, I’m not so sure I want to go.

Instead, I was thinking of going to KCON, where it’s a two day event with many more advantages and benefits. You get the chance, if you’re lucky enough, to actually meet the groups and artists themselves, aside from the concert which sounds like lots of fun. Although I’ve heard that KCON can be very messy and disorganized, I like it because of the offers and benefits that they give fans. There are many fanclubs that sell different merchandises (I want some K-Pop shirts) and vouchers that will allow you to meet the artists and groups. The best thing yet about KCON is that it will be taking place during the summer so I don’t have to worry about school or anything of that sort. The artist line-up has not been revealed yet, but looking at the line-up for the past two years, it’s been really impressive even though KCON is still a fairly new concert. They got all of EXO, f(x), Dynamic Duo, Henry, G-dragon, and many more to perform at last year’s concert and that was barely their second year hosting the event. The year before, they had B.A.P.. G.NA, and EXO-M come perform. 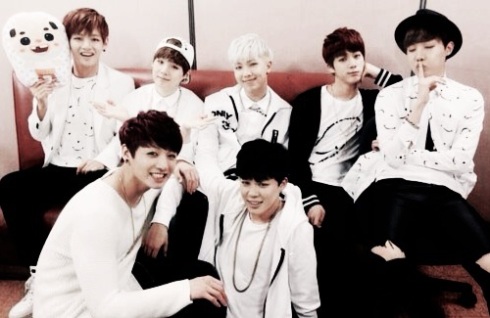 I would love to go to KMF and KCON, but if I had to choose I would pick KCON because they have so many more things (I love KMF too though). I think the main reason as to why I’m hesitant about going to KMF is just because none of my favorite groups are going. I’m really into Bangtan Boys / BTS right now and they’re not going to KMF (although they’re from the same company as 2AM so I just don’t understand why Big Hit just doesn’t make them go with 2AM too. That’s what CUBE did with BEAST and BTOB at last year’s KMF). I have a feeling that BTS is going to come to the U.S. very very soon and if it’s not KMF, then it has to be KCON. They’re debuting in Japan in June (or somewhere around the summer) then hopefully they’ll make another comeback in July then go to KCON in August. Many foreign fans are demanding for BTS and they’re gonna come to the U.S. sooner or later. KCON would be the perfect event for them to come here. I really hope they come, because I would love to go see them in concert. I always have this belief and sense that BTS would put on the most amazing and energetic live performances and concerts ever because they’re such great performers with great stamina and energy and excitement (I’ve watched so many fancams and videos of their live performances, trust me).

Anyways, back to KCON and KMF, which concert would you guys recommend that I go to? I know that I presented all the good things about KCON and spoke negatively about KMF, but my aunts and siblings are seriously considering going to KMF at this point. I wouldn’t mind going but then if we go to KMF, most likely we won’t go to KCON since it’s rare for my family to go to 2 concerts in one year (at the most we go to at least one K-Pop concert each year). Do I want to risk going to KMF where I only want to go to see EXO-M over KCON where the artist and group line-ups, although not confirmed yet, have been impressive over the last two years (and the possibility that BTS might be coming) so there might be a chance that the group line-ups will be impressive again this year? I don’t know and this is what I’m struggling with, so I need some help and advices. What do I do at this point you guys?! :O

3 thoughts on “KMF or KCON? #pleasehelp”

Was It Love?: Episode 10 Recap