Hey everyone! I hope you guys are all doing well~

So I know I haven’t been posting anything for like the past days because along the way, after I finished recapping ‘King of High School’, I lost some motivation on writing and wasn’t so sure as to what to post so I just didn’t update this blog at all. But I am back finally with hopefully some great news that will make up for the hiatus the past few days.

As we all know, new tvN drama ‘The Three Musketeers’ aired its first episode on Sunday August 18 and I got around to watching the first episode because I had actually been anticipating this drama after watching its epic teaser that I could not stop spazzing about. Unlike what I had expected, the first episode was a bit lackluster compared to what I had expected and I had to try to keep watching the episode (I actually fell asleep while I was watching it, LOL). BUT, because I like the cast and the plot seems simple enough to understand and follow along, I’ve decided that I’ll take on recapping this drama. The first episode was actually quite long (it was around 70 minutes) which definitely isn’t the norm which means that it might take me a bit tad longer to recap, but the good thing about this drama is that it’s only airing one episode per week (following the same format as ‘Let’s Eat’) and that it’s airing over the weekends which will give me time to recap it.

I know that I said ‘The Three Musketeers’ was so boring to the point that I fell asleep while watching it, but the drama isn’t actually all that bad. So far, I can stand all the characters and isn’t too annoyed by any (which was the opposite of when I watched the first episode for ‘Surplus Princess’) and there are actually some interesting things that are occurring in the drama. It’s also very witty and quite funny on some parts which of course is always a good thing. The drama isn’t dark (yet) and rather sort of light so I really appreciate that. If there is something I do feel sort of iffy about, it’ll be that the drama is being told through narration and I’m not so sure if I like this execution. Sometimes it’s good because we then understand and learn what’s going on but then at the same time it’s sometimes kind of irritating because you just want to watch the drama and not have to hear anyone talking. Lol. I don’t know. Maybe this is just me, but I’m feeling quite conflicted about the story being narrated. But then at the same time it’s necessary, because we’re going back in time so things have to be explained in order us to understand what’s going on. Gahhh, for right now, I’m leaning more towards no narration than narration, but that might change in the future. The narration might be useful later on in the drama so I shouldn’t be complaining too much, lol.

As for the cast, I wasn’t blown away by their acting, but they weren’t stiff or awkward either. CN Blue’s Jung Yong Hwa plays the protagonist in this drama who travels to Hanyang to prepare for his military examinations. Along the way, he meets Lee Jin Wook, Jung Hae In, and YDG’s characters and you know from there, everything else unfolds. Jung Yong Hwa has improved by heaps after watching episode one. I saw him for the very first time in ‘You’re Beautiful’ and maybe it was because it was his first acting project ever that he did not so good in there and was very stiff and awkward. But fast forward like what, 5 years later, and he’s doing a pretty good job in this drama. I don’t cringe while watching him anymore (YES!) and can find myself rooting for him (but then again he’s the hero of the drama so it’s not like I’m gonna hate him or anything, haha). I’m not an expert on historical dramas or anything (or Korean dramas in general), but I feel like his accent that he speaks in is quite awkward? I don’t know. I’ve watched quite a few historical dramas before and never found the accents a problem, but in ‘The Three Musketeers’  I feel like their accents sound a bit too modern. LOL. I don’t know! I don’t know how to describe it, but I hope you guys get what I mean. Lol. Nonetheless, Yong Hwa’s doing a decent job so far and I hope he keeps it up! 😀 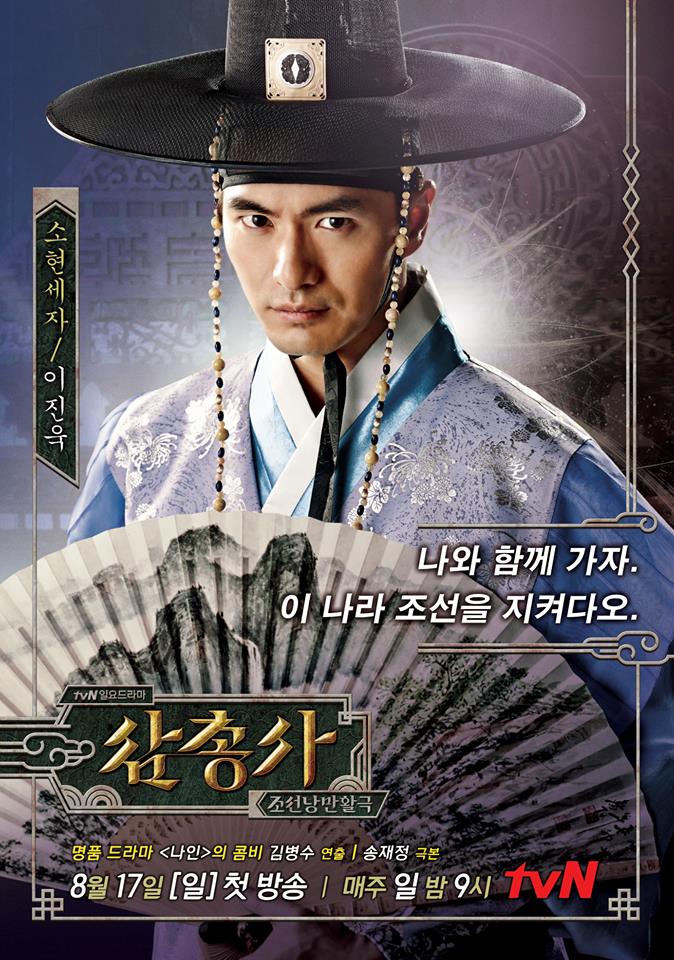 As for Lee Jin Wook, I’ve never seen any of his projects before (although I’ve heard of them) so I wasn’t so sure on what to expect from him, but he isn’t doing bad in here. He’s decent just like Jung Yong Hwa and too has a weak accent, but I have confidence he’ll get better. I’m not so sure what else there is to say about him other than that he’s doing a fine job. The same thing goes for newbie Jung Hae In and rapper – actor YDG who plays Lee Jin Wook’s guards and sidekicks. For his second drama, Jung Hae In isn’t bad (but I might just be biased because guy is so good-looking) but he at least he wasn’t cringe worthy! And damn, YDG. That guy. Sorry, I can’t help but kind of loathe him after watching him in ‘Show Me the Money 3’ where he was such an asshole. LOL. I sometimes feel like I would enjoy the drama even more if he wasn’t in it, but then there’s nothing I can do to get him off the drama, lol. I have to force myself to like him and if I can’t do that then I just pretend like he’s not there and choose to not care about him. But it’s hard to erase that image of him from ‘SMT3’ while I’m watching ‘The Three Musketeers’ because he’s just so different. It’s rare that celebrities that rap also act, so it’s hard to imagine YDG as an actor because I’m watching him as a rap mentor in ‘SMT3’, but I’ll get used to it somehow. ‘The Three Musketeers’ is also the first thing I’ve ever seen him in so I wasn’t so sure what to expect, but he’s not doing bad.

That’s all I have for you guys. I’ll try to get the recap up by the next few days since I have nothing to do or watch. Like I mentioned, it might take me quite a while to finish it because the episodes are abnormally and unnecessarily longer than usual, but I hope you guys remain patient and understanding with me.

Sooo…who’s excited for the recap of ‘The Three Musketeers’?! No one? Ok…I see how it is.

One thought on “What Mary Thinks: The Three Musketeers + Updates from Mary!”