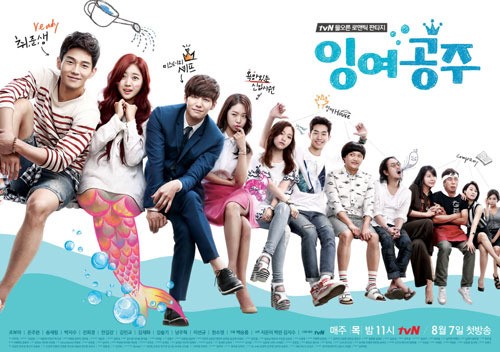 So it’s been five weeks since other tvN drama ‘Surplus Princess’ has aired and so my ‘Discuss Away!’ thread for it might be fairly late, but when discussing and talking about drama, there’s never an expiration date for that! Am I right? Okay, just ignored what I said right now, but since I’m watching ‘Surplus Princess’ I wanted to open up a thread for it so we can all talk about it.

Although five episodes have aired so far, instead of witnessing progress and getting places, what we get instead are bonds and friendships both formed and broken apart which is not totally a bad thing. ‘Surplus Princess’ revolves around a group of unemployed (and one employed) men and women who all live under one boarding house. Our main character is Kim Ha Ni (Jo Bo Ah) who was originally a mermaid but became a human being after drinking a potion that allowed her to do so. After doing some lovey dovey things under the sea with second male lead Shi-kyung (Song Jae Rim), she becomes determined to go after him and be his after transforming into a human being. Hyun-myung (On Joo-wan) is our male lead who has a difficult time obtaining a job. He also used to be the boyfriend of Yoon Jin-Ah (Park Ji-soo), but due to complications, they separated and went their own ways. ‘Surplus Princess’ showcases the dynamic relationships and bonds that form not just within the boarding house but also outside of it in other locations such as famous food company JH Foods.

I had already mentioned a few thoughts of mine on the first episode of ‘Surplus Princess’ and it might have seemed like I was turned off by the first episode, but I continued to watch it because the drama looked fun and I wanted to see what else it had to offer. After watching all five episodes, I’m glad that I stuck with ‘Surplus Princess’ because there are so many great things about this drama (but then again I’m not surprised because it’s from tvN who is always consistent with their rom-coms).  This drama is just so funny and hilarious on a totally different level. There are many parodies and scenes and imaginative fantasies that provide comedy relief so that’s one thing I really appreciate about ‘Surplus Princess.’ But I also think the cast is just brilliant, especially the supporting cast. The secondary characters aren’t even the leads and the main focus, but they manage to steal your attention every time they’re on screen and I’m glad that the drama focuses in on them as well and gives our secondary characters just as much equal screen time (tvN does a great job balancing their main characters and secondary characters out which I really appreciate). Kim Min-kyo who plays Do Ji-yong in here is so so funny and wonderful; He begins to shine even more when he harbors a crush on Ha Ni who obviously only has eyes for Shi-kyung. I love it the most when he gets jealous because then he tends to go a bit crazy and that’s where we get most of our comedy scenes and laughter. I love his bromance with Big (Nam Joo-hyuk) as they’re always sticking with each other and helping each other out on many different things. And of course, we can’t forget Kim Seul-gi who plays Ahn Hye-young, a popular online food eater who hosts her own popular online show. It doesn’t come as a surprise to me that she plays a very witty and fierce lady who is also a character with heart as she shows concerns towards her living mates, in particular for Ha Ni when she finds out that Ha Ni is originally a mermaid. It really doesn’t take long for you to fall in love with the cast and the characters when all you see them doing with one another is conversing and developing their family bond. I had already stated this in my ‘What Mary Thinks’ post, but I wasn’t so fond of Jin-Ah from the start and it wasn’t until episode five that I started to warm up to her. I disliked how she was trying to find ways to get at Shi-kyung even though she was still taken by Hyun-myung. I mean, that is so wrong on so many levels and that was what threw me off about her character. The drama is making her out to be an annoying and irritating villain and I mean I understand because she’s the second female lead and some second female leads are written out and portrayed to be like this, but Jin-Ah is just a horrible person for doing such horrible things to her loyal boyfriend.  As mean as this sounds, I can care less about her whenever she’s on screen because every time I do see her I just can’t help but be reminded of how she was waiting for an opportunity to arise just so she could break up with Hyun-myung. That is so cruel and harsh and unlikeable. And since Shi-kyung is the second male lead, chances are that he is most likely going to end up with Jin-Ah when the drama ends, but I don’t want a guy like him to end up with a girl like her. I mean, she’s gotta do many good things to please me before I can be satisfied with her and the drama’s decision to make them an end result.

Moving on to more positive things, a few favorite scenes of mines from the episodes aired so far definitely has to be Ji-yong’s parody of G-DRAGON’s ‘Crooked’ where he goes insane and heart-broken after hearing his crush Ha Ni state that Shi-kyung is her true love (and ya know, not him). Once I heard ‘Crooked’ playing and saw Ji-yong dressed up in rock outfits, I just started busted out laughing like there was no tomorrow. I don’t think there has ever been a funnier and genius parody ever done than this one. I loved it! Kudos to Kim Min-kyo once again for portraying such a funny character. The other parody I enjoyed was in episode 2 when Ha Ni fantasized on her meeting with Shi-kyung. Time froze and the two slowly walked towards each other which is a parody of ‘You From Another Star’ since ya know, in that drama, time freezes. To make things even funnier, Lyn’s OST track ‘You Are My Destiny’ was playing in the background during that scene as well so the whole scene altogether was just genius and amazing. I also loved the way the boarding house members were introduced in episode 2 in that it wasn’t the usual ‘oh hi, my name is —‘ way. They acted as video game players where Ji-yong was the main character and got beat up every time he broke one of the rules. Haha. That was pretty creative, smart, and hilarious. (PLEASE SONG JAE RIM. HAVE MERCY ON US FANGIRLS!)

As for the cast, I have to say that Jo Bo-Ah is living proof that within time you can always improve. Girl is killing it in this drama! She’s doing a fantastic job playing the Shi-kyung obsessive fangirl who only has 100 days to find her true love or else she has to return to being a mermaid again and thus loses her chance at finding love. I was iffy with her back when she played the female lead in ‘Shut Up Flower Boy Band’, but here she’s doing a phenomenal job and I love not only Ha Ni but Bo Ah as well. I hope she keeps up the great work. As for our two male leads, who knew it could be so hard to pick one guy? Both guys are different and attractive in their own ways although I am leaning more towards Hyun-myung at this point in the drama right now just because I feel like we don’t know enough about Shi-kyung just yet other than that he suffers from an illness. Song Jae Rim is looking so fine in this drama and I really love his look in ‘Surplus Princess.’ Guy is on fire every single time he’s on screen. SO good-looking. The same goes for On Joo-wan and Nam Joo-hyuk. 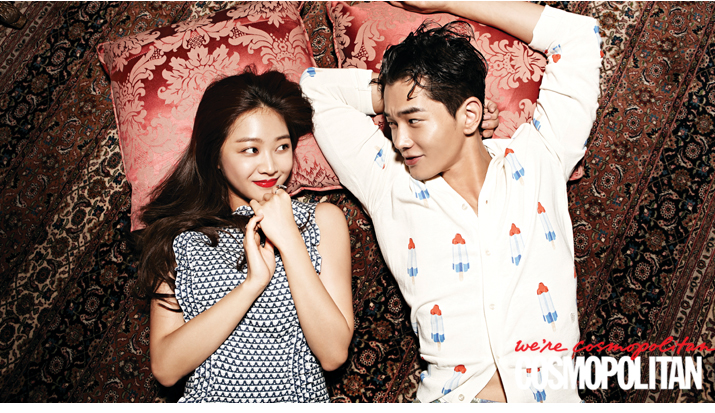 To end this post, I’m just going to say that the thing I anticipate the most so far from this drama are the future interactions between Hyun-myung and Ha Ni. Their first meeting and interaction was not the most smoothest or fate-like, but it’s going to be watching their relationship develop and mature after that incident that is going to be the funnest and most interesting. They’ve had minimal interactions so far within the first 5 episodes and it’s not going to be anytime soon that we get more squeal-worthy interactions from the two of them since Ha Ni is still occupied with trying to win Shi-kyung’s heart, but I hope that once she overcomes her crush for Shi-kyung, that she diverts her attention to Hyun-myung and falls in love with him before her 100 days is over and she has to return back to life as a mermaid. Please Ha Ni, give Hyun-myung a chance! He might be your one true love that you’ve been attempting to find.

Song of the Month: KATIE – Echo