Hey everybody! I am finally back from my short (or long depending on how much you waited) one week hiatus! I’m sorry that I just left so suddenly without telling you guys anything beforehand, but my vacation with my aunt was rather quite last minute so I didn’t get the chance to say anything. But I am back and I am here and although I might not have gotten the chance to write anything on this blog for the past week, I did manage to catch up and watch all my shows and dramas so I will be starting some threads on them this week!

Like I mentioned earlier, I went with my aunt to San Jose just to have some fun before I go away for college this Saturday (I KNOW I KNOW! COLLEGE. URGGHHH) and start college in the very beginning of October. It’s been a while since I’ve been on a road trip and had some fun so I’d thought I go with her and boy did I have lots of fun and eat lots and lots of yummy delicious food (I gained like 20 pounds I feel so freaking fat it’s ridiculous). Anyways, below are some of the pictures I took while on my vacation (I can imagine the many face expressions of your faces as you guys realize I’m just a freshmen in college. Haha). It was a good and much needed break before I stress and lose lots of sleep because of college. -sigh- I don’t want to grow up. 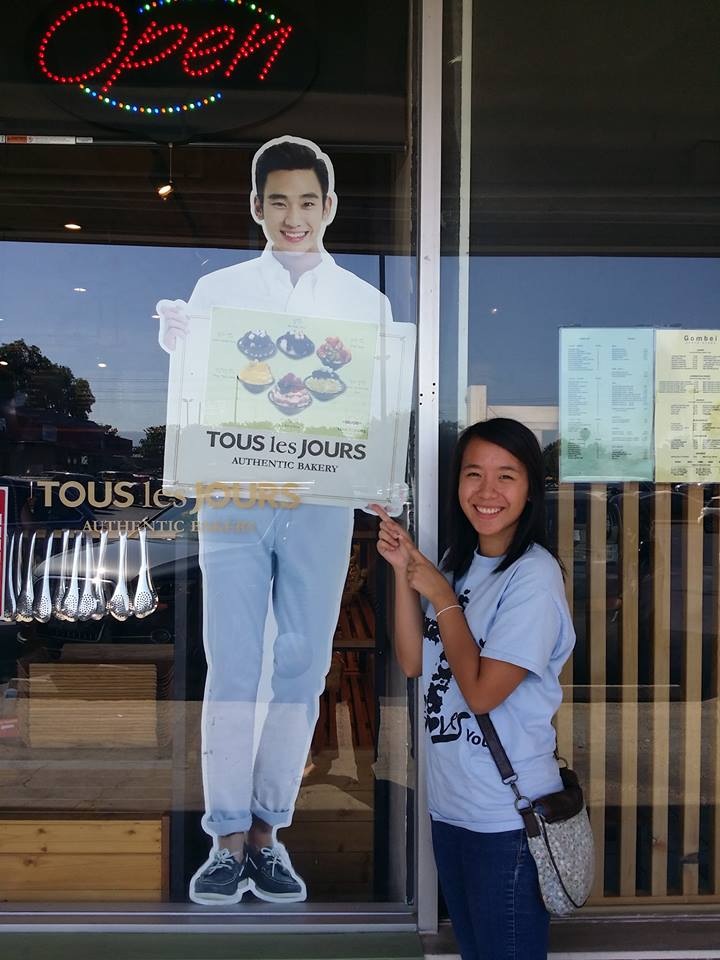 Once I saw Kim Soo Hyun, I just had to take a picture with him. I JUST HAD TO. YOU DON’T UNDERSTAND. 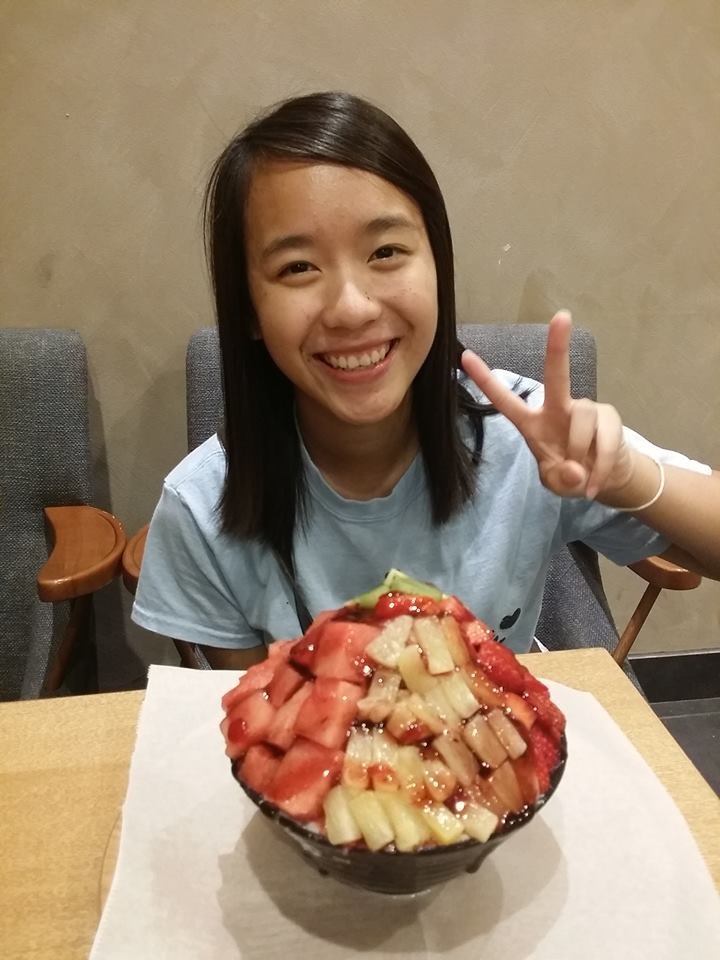 Their shaved ice. It was delicious. I especially loved the watermelon^^ 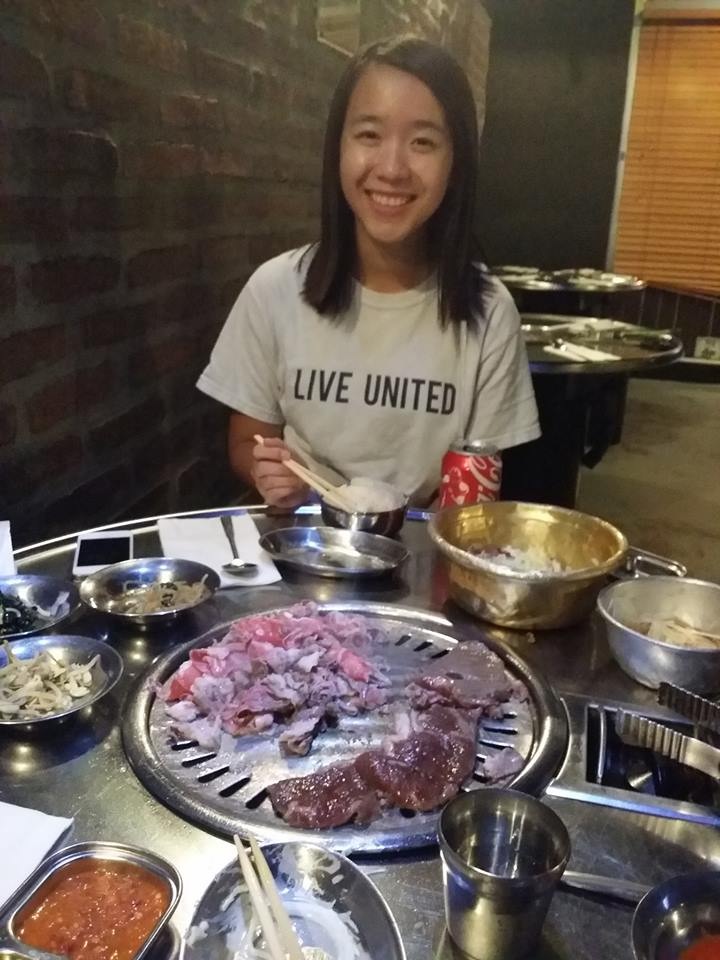 Of course, I can’t go on a vacation and NOT eat any Korean BBQ. Too bad the bell on our table didn’t work so every time my aunt and I needed something, we had to raise our hand for the waiter / waitress. This happens to me EVERY TIME I go to a Korean BBQ restaurant. Lol. I don’t think Korean BBQ and I go well together. 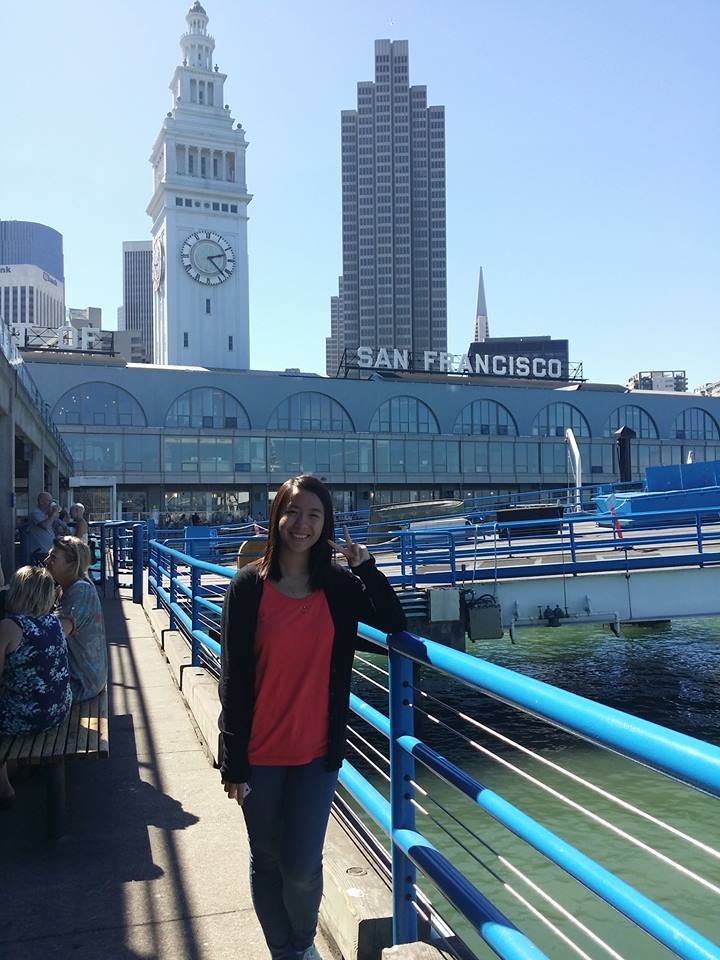 We traveled to San Francisco and this was my favorite thing we did! Visited a big Japanese bookstore that was two levels! IT WAS SO FREAKING AWESOME. Ate some fried triangle rice and just walked around. It was fun, it was fun! Then later on we went on the Ferry and visited Sausalito. Ate some of their ice cream, made a new friend who I named Dolly, and bought some dresses for my baby cousins. The funnest part that day was when I ended up walking on the Golden Gate Bridge all by myself because my aunt had gotten tired walking on it so she turned back and drove her car through the gate to the other side to pick me up. Haha. It was fun though because I was recording videos of myself to my sisters and cousin to update them on what I was doing. The scenery was seriously really breath-taking. 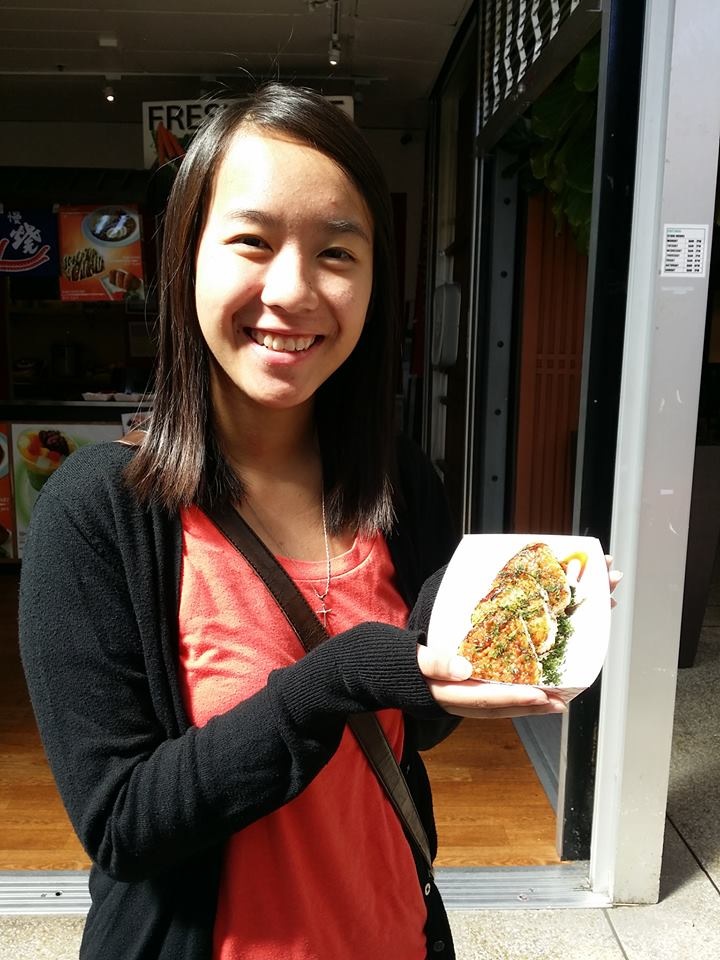 The grilled triangle rice I was referring to earlier. I was not a big fan of it even though I am a big fan of rice. Haha.

(sorry for the low quality of the pictures. My phone doesn’t have the best camera quality).

Then the next day, I went bike riding with my aunt and nearly threw up because my stomach hadn’t fully digested all the Japanese ramen noodles I ate a few minutes earlier. Lol. But my aunt and I rode our bikes for about 3 hours for a total of 5 miles. It was super fun…after getting past the ‘don’t-throw-up-Mary-‘ phase :). I also visited the Google campus and posed with the many adorable statues they had there. I also got to ride a Google bike! YEEEEE. 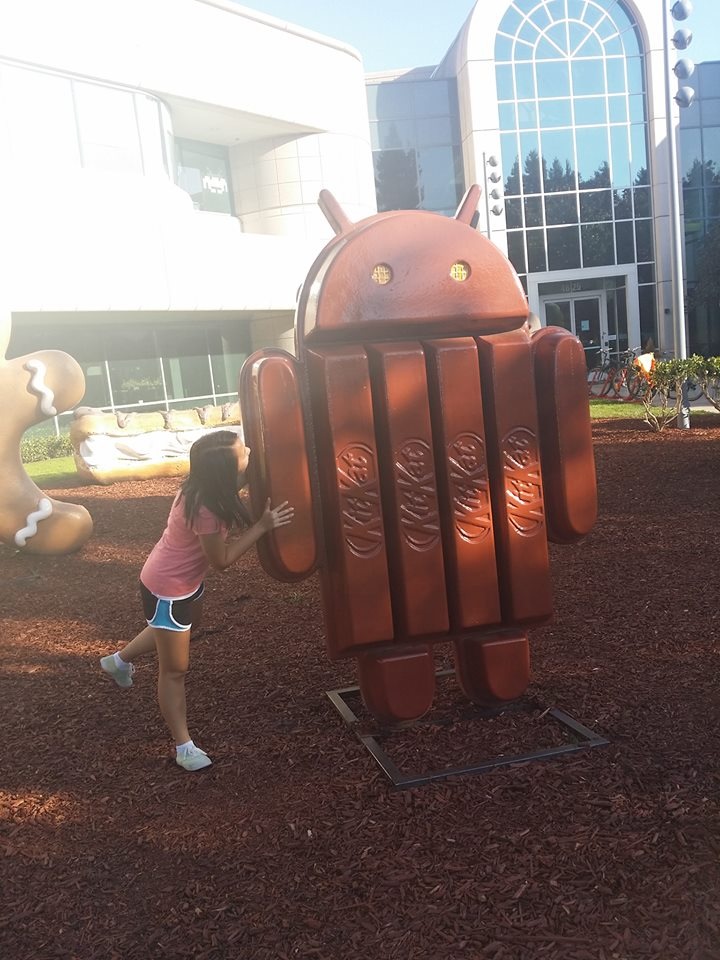 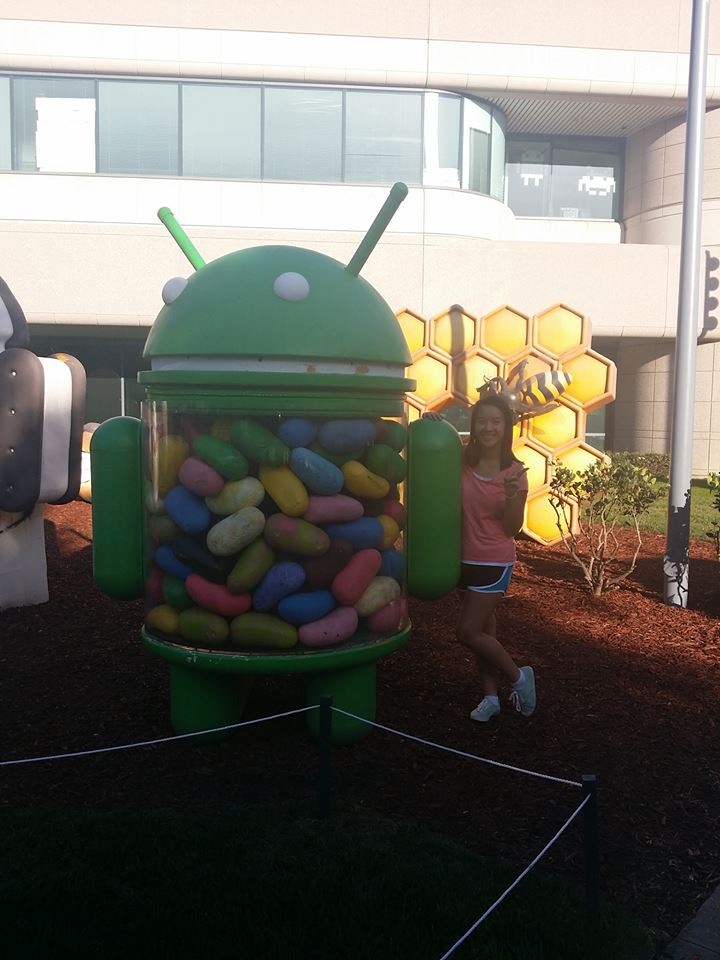 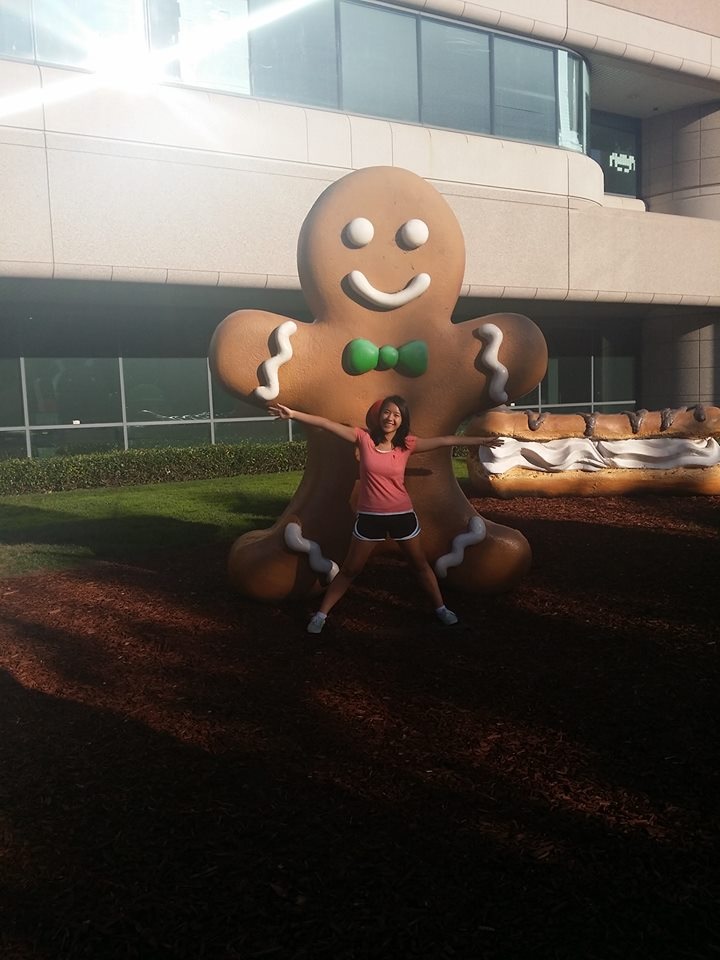 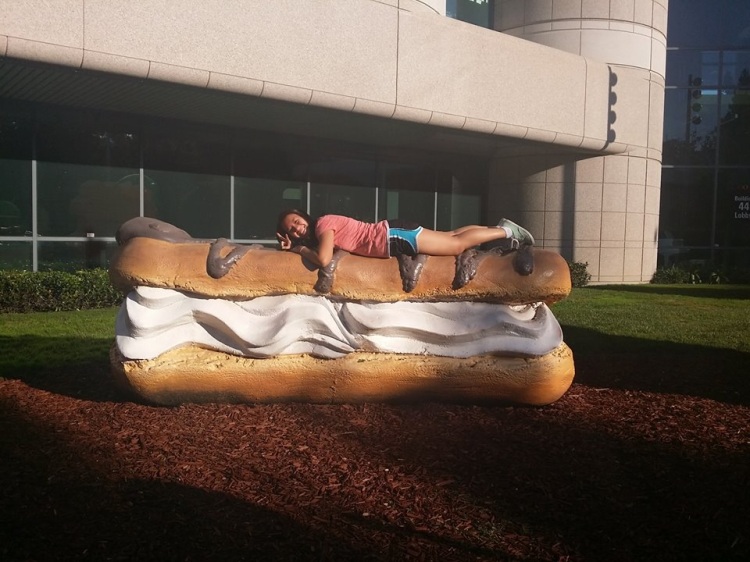 Below are just some more random photos that I took while I was in San Jose for the week. I guess you can say that it was a much needed break / vacation before I go off to the torture that is called College :(((((((((((( 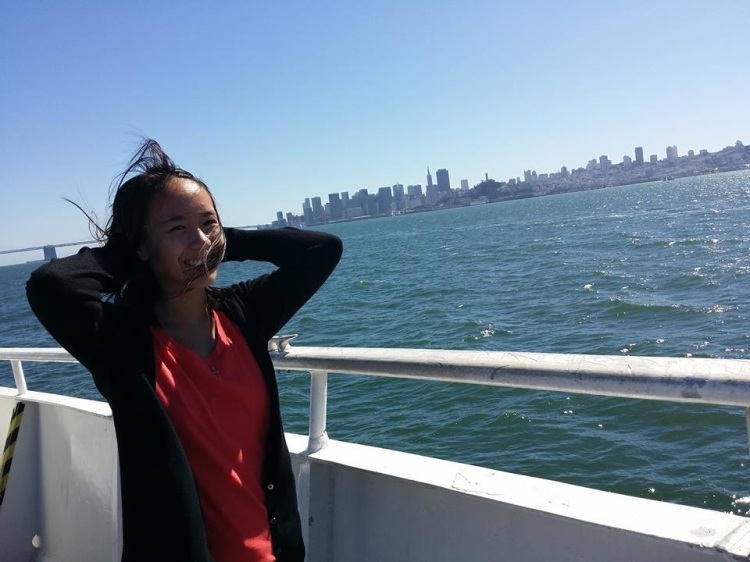 In the photo above, I was trying to pose but the wind was too strong I couldn’t so while I was trying to fix my hair that kept on blowing in my face my aunt decided to take some pictures…and this is what she got. Not bad eh for actually not posing? Haha.

So yup! This is just a small post to update you guys on what I did this past week so you guys won’t be so mad at me for just being gone so suddenly. Like I mentioned, college is going to start for me very very soon (October 2nd to be exact) so I’m definitely going to be very busy so I’m uncertain as to if I’ll be able to update this blog as much as I used to, but I’ll try. I’ll try for you guys (: