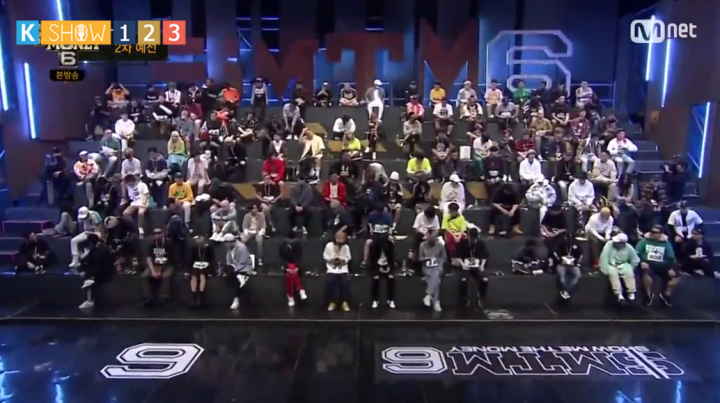 So I went ahead and watched the second episode of SMTM6 mainly because I was too impatient and wanted to see who would make it pass the second round and not.

The second round is probably my favorite out of all the rounds throughout the season because the contestants now have more time to showcase their rapping skills and are given music/beats to rap along to so I feel like round 2 is really the best round where you can actually assess to see if the contestant is qualified or not. It’s also fun just to see the producers and contestants’ reactions to the solo performances and stressful when contestants who are performing forget the lyrics to their songs (but their performance was so so good). Sometimes this show can be so damn stressful to watch honestly *sigh* 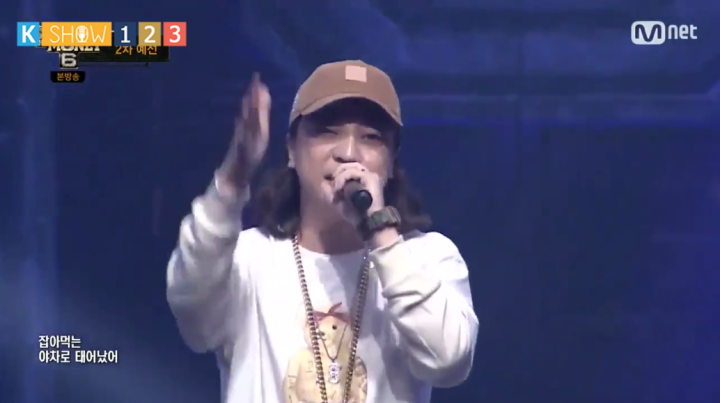 Episode 2 was another neat, clean, and pretty organized episode I would say. Contestants who passed round 1 from Korea, New York, and LA all met up in the same place to perform in front of the judges. They were each given one minute to perform solo on stage and to sell their talent and performances to the judges.

So far, the leading contender to be the winner of this year’s season is Nucksal as everyone from the producers themselves to a variety of contestants are hyping him up a lot. And all the hype is well-deserved as Nucksal is very talented and skilled at rapping considering he’s been doing this for quite some time. However, as with all the other seasons, usually those who start off the strongest in the beginning of the show tend to become more stressed and less strong as the show progresses and whether or not this will happen to Nucksal is to be seen. I just always thought it was interesting that contestants who the show heavily focused on at the beginning of the show as a possible winner ends up becoming less and less of a strong contender for the win as the show progresses. It’s ironic because they started off so strong but then lose more and more as the season comes to an end. It’ll be interesting to see who else can be a strong rival against Nucksal considering that he seems like the strongest contestant so far at this point.

Other contestants who stood out to me included Killagramz (he’s so adorable tbh. He always hypes everyone up and cheers for every contestant – even if he doesn’t necessarily know them). Killagramz made waves as a contestant on last year’s season and has worked his way up steadily to the point where he is now a familiar name to rappers and hip-hop fans alike.  Killagramz is a really strong rapper and his style of rapping is very unique – I think that was what drew the producers on both last year and this year’s season to him so quickly. He’s unlike any other and I think that this year’s season will also be another easy season for him considering that he’s also one of the stronger contestants.

J think Junoflo is another contestant to look out for this season. I actually didn’t really care for Junoflo when he first appeared on last year’s season (I still don’t tbh), but I do think he has definitely gotten better compared to last year. His performance in episode 2 was pretty smooth and clean that he got an all pass from all the producers so he’s doing so far so good.

In terms of contestants who are not as well-known but stand out to me, I think contestant Woo Wonjae definitely stands out to me for several reasons. He’s not a celebrity or anyone popular or well-known so he’s coming into this totally fresh and new. Second, I like how different he is from other contestants. His lyrics are actually about him and his experiences like mental health issues and much more. He doesn’t talk about how great of a rapper he is, he doesn’t put down others, he is so raw and real and he’s not afraid to talk about things like how it really is which I really appreciate because you don’t see that often in SMTM. His audition in episode one was very different and unique; it was in fact refreshing not having to listen to a contestant rap about how great they are and how all the other contestants are fake rappers and aren’t as good as they think they are. Episode 2 proved to me even more how talented Wonjae is and I honestly think he’s gonna be the underdog of this season. Because he’s not well-known, no one expects much of him and in fact, in episode two when it was actually his turn to perform, none of the other contestants actually paid any attention to him until he started rapping and that’s when everyone (including the producers) gave him all their attention and were super surprised at how well this guy was delivering. And even I was surprised. I was impressed with his first audition and then during the second round, I was surprised at how well he did. In the second round, he chose a beat that was kind of slow and didn’t contain much, but he was still able to ride with the beat and rap to it which is really difficult to do especially with the beat that he was rapping to. I think if it was any other contestant with that beat, they probably wouldn’t have made it because not everyone can rap with a beat like that, but Wonjae did it so flawlessly and effortlessly while still performing to lyrics that were so raw and real. So I really do think that Wonjae is just gonna swoop up from behind and no one’s going to expect it and when it happens I’ll just be laughing because I knew from the very beginning that he was someone to look out for and was a threat to everyone. I’m really looking forward to him in the future and seeing how he does.

I’m not surprised that popular and well-respected contestants like P-Type was eliminated. Although he has influential roots within the Korean hip-hop industry, his rapping is outdated and it’s different from what is expected or liked from the current Khip-hop industry so although it is sad to see him go, I can understand and see why he was eliminated. I also don’t think a contestant should be kept just because they’re a sunbae who is well-respected. Things change and if you’re not as good anymore or aren’t keeping up with the latest change and trend in Khip-hop industry, then you must unfortunately go. And speaking of people who must go, Truedy needs to leave (I would like to take this time to thank Zico and Dean for failing her). 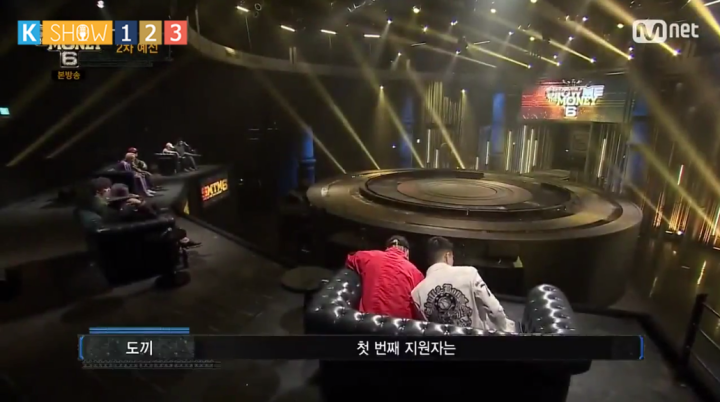 It’s interesting to see that there are other pretty well-known rappers who aren’t receiving any screentime at all, including but not limited to Microdot, Hanhae, and Olltii. Olltii was heavily focused on for being known as a talented freestyle rapper and for his stance on B.I. and Bobby when he was in SMTM3 so it’s interesting and weird to not have seen anything of him other than like 1 second reactions from him so far this season (and I actually want to see more of him). I think what is even more interesting and surprising to me is seeing Microdot on the show once again as a contestant. Having participated in SMTM before, he’s gained a lot from being on the show in terms of popularity and attention and he didn’t need to really be on the show so it’s weird to see him on here but maybe like the other contestants, he just wants to have fun and he knows he has the talent and skills at rapping so he has a possible good shot at winning the show. 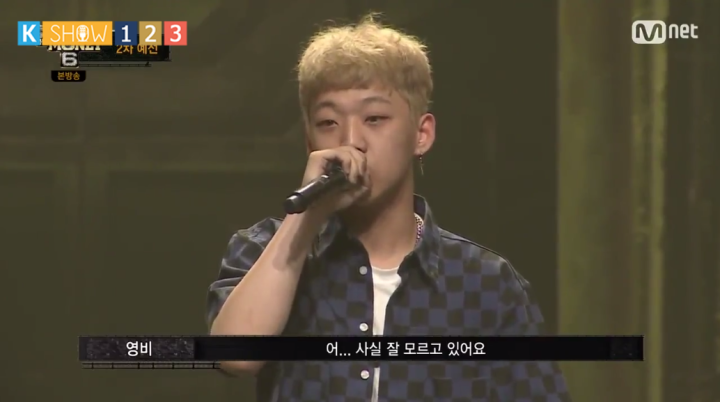 In terms of contestants who I’m rooting for, definitely Young B (been rooting for him ever since he first appeared on SMTM) and Killagramz. There aren’t too many contestants this season who I know or care about so I’m not too stressed on who gets eliminated or not as long as my favorites remain on the show. Now that the second round of auditions is wrapping up, I can’t wait to see the teams be formed and which contestants go with which producers.