Ahh, there are so many emotions running through me as I listen to this song. Former BEAST member Hyunseung – who is now a solo artist under CUBE – released his first single since leaving the group (who has now since rebranded as Highlight) titled ‘Home.’

‘Home’ is a soft, mellow, and breezy acoustic instrumental accompanied by Hyunseung’s heavenly voice. Although the song might sound like a typical break-up song, being the emotional and nostalgic person I am, you could also interpret the song as if Hyunseung is speaking to himself. He’s waiting for himself to return home; he wishes to return to the way that he was once and used to be. The track doesn’t contain much and have much going on, but maybe that’s what makes the song as good as it is. Sometimes simplicity is the best. 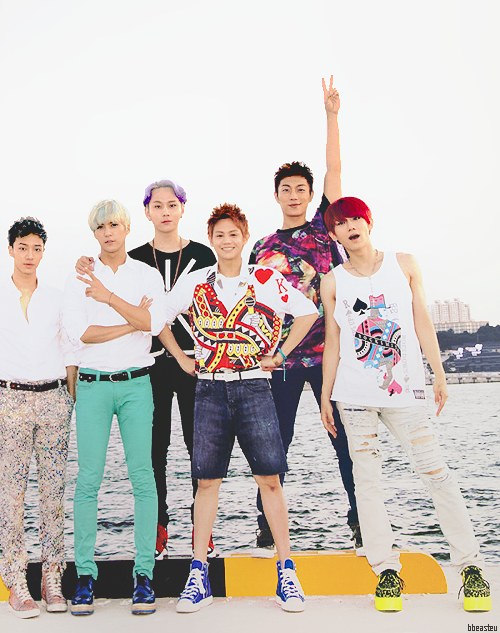 I would be lying if I said that I didn’t get emotional while listening to this. I didn’t even know Hyunseung had released a new single so upon finding out, I quickly went to go search for the song on youtube. And before I even clicked on any of the videos provided, I got teary-eyed. As many of y’all who follow my blog know, I was a HUGE fan of BEAST/Highlight. I was there since their debut when they were 6 members and followed them and loved them and supported them like no other. They were truly the very first group that I followed and admired. I’ve been into K-Pop for many years now (almost a decade) and have come across many groups over the years, but none of them stood out to me as much as BEAST did when they were 6 members.

When I found out that Hyunseung had left BEAST and BEAST would return as five members under new name Highlight, my heart was broken. I was sad. It hurt so freaking bad. I’ve never even seen them before in real life with my own eyes, but I just couldn’t believe that the one group I loved so much would break up. And this is something that I will always be sad over and it’s something that I will always reflect and think about. Why did Hyunseung leave BEAST? Why didn’t he stay with the other members and join them as Highlight? Why did he stay in CUBE while they left to make their own company and group? There are so many questions that I have that will unfortunately probably remain unanswered forever. But that doesn’t mean that I don’t love Hyunseung as much as I love Highlight, because I still do. Even if they’ve gone their own ways and are now doing two different things under two different names, I will still love and support them separately like how I used to when they were still a group. Sometimes things happen and change in life and that’s okay.

Although I do miss the times and memories of BEAST, that doesn’t mean that it’s the end for the members. Highlight has returned and they genuinely seem a lot happier than they used to be when they were with CUBE while Hyunseung finally made a comeback and hopefully is also happy with where he is right now in life. Although BEAST no longer exists, I will never forget all the happiness, laughter, smiles, and tears that I shared with them and other fellow B2UTY’s. It was fun, amazing, and beautiful while it lasted and is something that I will hold dear to my heart forever. They will always remain my #1 bias group.

Like Loading…
Uncategorized
b2st, beast, highlight, jang hyunseung, review
Previous Post
BTS aims for a comeback in September + J-hope to release his mixtape when?!
Next Post
[What Mary Thinks!] Show Me the Money 6 episode five