The pilot episodes to new Korean dramas ‘Save Me’ and ‘Strongest Deliveryman’ just recently aired this week. I decided to give both dramas a try since I recently finished ‘Queen for 7 Days’ and wanted to find new dramas to watch. After watching the premiere to both dramas, I have to conclude that both aren’t so bad so far, but I’m gonna need more from both to keep me invested.

Granted, it’s the beginning of both dramas so there’s not much to begin with, but the dramas don’t give me reasons to want to stay and watch the rest of them. Unlike ‘Queen for 7 Days’ where I was invested from the very beginning, ‘Save Me’ and ‘Strongest Deliveryman’ do have some interesting plots and characters that I’m intrigued by and want to dig into, but I’m also not pulled in all the way yet.

Strongest Deliveryman stars Go Kyung-pyo and Chae Soo-bin and revolves around their characters as delivery workers for a noodle restaurant who have their own dreams and goals. I actually wasn’t planning on watching this drama, but then the cast recently featured in the latest ‘Happy Together’ episode so I decided to give the drama a try after watching the variety show episode. There are certain aspects of ‘Strongest Deliveryman’ that I am actually really interested in, such as our characters’ and their reasoning for either running away or wanting to run away. I noticed that I’m always weak for plots like those – where our main characters embark on a journey to self-discovery and the process to our characters doing that. It was painful watching Go Kyung-pyo’s character Kang-soo and Chae Soo-bin’s character Dan-ah just because they both have their own struggles that they’re going through involving their family. I like how the drama has shown us so far the dilemma they face when it comes to their own families respectively, with Kang-soo having lost both of his parents and Dan-ah wanting to follow her dreams and goals in life but also feeling responsible to support her family. This struggle has been beautifully illustrated so far within the first two episodes and it’s this sub-plot that makes me compelled to keep watching the drama. I want to know more about our two main characters and how they will overcome the obstacles they face.

I also like our second leads so far; they’re not your typical second leads where the female lead is tainted as harsh, spoiled, and cruel while the male lead is kind and perfect. They are also going through their own problems in life, but opposite of Dan-ah and Kang-soo who are struggling because of the lack of financial stability, our second leads are struggling from having too much money. They also have their own issues they’re dealing with and it was nice seeing in the drama our 4 characters trying to handle their own issues. It’s relieving seeing this, knowing that yes they’re each going through their own stuff but they’re ultimately not alone. I think this is probably the best aspect of ‘Strongest Deliveryman’ so far. 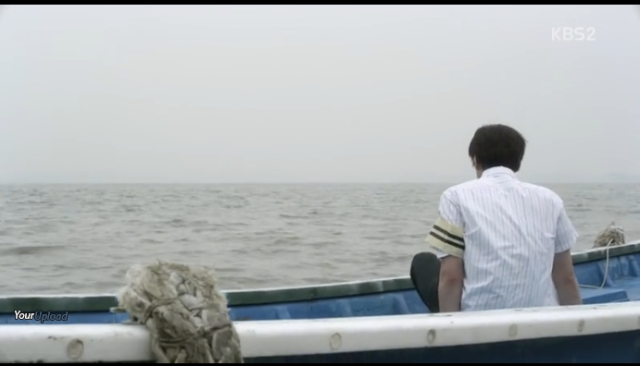 I’m not a huge fan of the editing and camerawork for ‘Strongest Deliveryman’ though. The editing is rather disjointed and shot within many different angles for a good 1-2 seconds which leaves me distracted because there are too many things going on. If I was to recap this drama (in which I’m seriously debating about but I’m not too sure yet), I would find it hard to screencap anything because the camerawork would not be in my favor lol. This is probably one of the biggest downfalls of this show though because everything else is decent. The cast members are doing so far so good in their roles. I especially like Chae Soo-bin and her portrayal of Dan-Ah. She’s hard-working and strong and doesn’t rely on anyone but herself to get things done. Kim Sun-ho plays our second male lead and he’s obviously the weakest actor out of our 4 main actors, but I just discovered that he’s a new actor having only done 2 projects this year with ‘Strongest Deliveryman’ being his second one. I don’t expect him to be better than sunbae Go Kyung-pyo, but I am hoping he’ll improve and get better as the drama progresses. 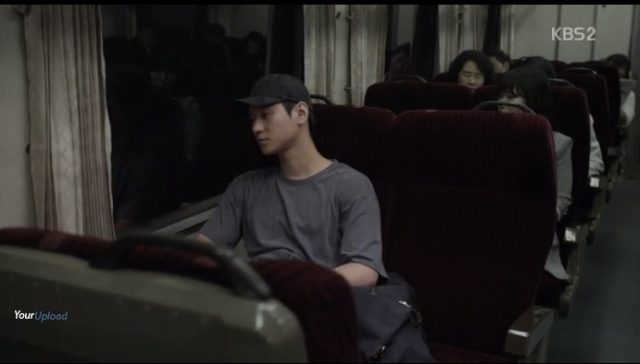 I’m debating if I want to recap ‘Strongest Deliveryman’ just because I could see the huge potential it has right now in terms of hitting all the right notes of angst and sadness and comic relief as well. I might need 2 more episodes to determine if I want to watch it and recap it or drop it if it fails to keep me invested. I’m also hoping the editing and camerawork will be a little bit more organized. That would be very helpful as well. 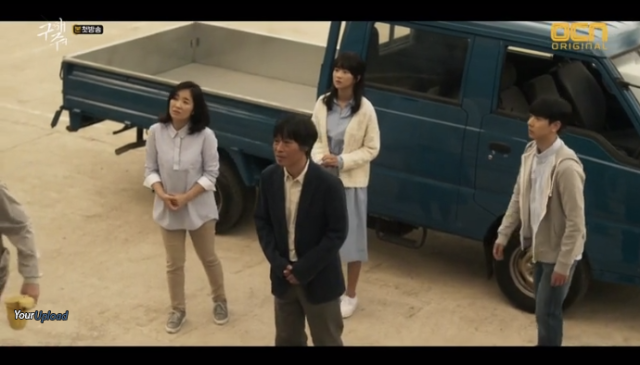 OCN drama ‘Save Me’ faces the opposite problem where the cinematography and editing is amazing and intriguing, but the execution of the plot lacks impact. Granted I’ve only seen episode one so far and while it was interesting, it had the potential to be a lot more intense and suspenseful. Episode one does a great job in introducing the town to viewers and what the town practices and believes on a daily basis. You can tell from episode one just maybe how dangerous and risky it is to live in a town like that and I like how the drama sets this up so strongly. The overall plot is definitely interesting where our main characters move to a town where there’s a religious cult group (props to OCN for the unique drama!). There’s so much potential within that plot alone and I have no doubt that the drama will dig into that potential but I also want it to be carefully done. There’s potential, but there’s also potential to be executed incorrectly or disappointingly.

‘Save Me’ is filmed as if it’s a movie and I get ‘The Wailing’ kind of vibes with the drama. It’s dark, mysterious, and chilling which I think the drama did a good job in setting up. It leaves you wanting to know more about the town, why the people behind the cult are doing what they’re doing, and what the rest of the town members are up to. While ‘Save Me’ is off to a strong start, I could see the possible issues it could face in the future so far within the first episode. I think the drama wants to show more of our characters and their struggles which I’m all for, but at the same time also wants to emphasize on the plot of the cult and I think if the drama doesn’t balance these sub-plots out carefully then it might lose more than gain from the execution. I do want to know more about the town and the religious cult, but at the same time I also want to know about our characters and if the drama is able to intertwine the details of these sub-plots in a way that is well-balanced then this drama will turn out to be okay.

I do have my doubts about the casting though. I kind of feel like Taecyeon was a miscast. He’s the most awkward one yet out of the drama and I’m thinking it’s more about his portrayal of the character than the character itself that is the reason for this awkwardness. Since the drama takes place in a town in the outskirts of Seoul, everyone speaks in a dialect and I’m not sure if it’s just me but Taecyeon sounds awkward speaking in the dialect and sometimes I feel like he’s mumbling his words which gets distracting. I’m hoping he will improve within the later episodes because I wouldn’t want this drama to be so strong but then be failed by the actor who plays our main character. I’m definitely curious and interested to see how he and his friends are related to the cult religious town though and if they’re gonna do anything about it. This is also my first time seeing actor Woo Do-hwan in a drama and so far he’s the character I’m the most interested in. He reminds me of a mix between Kim Young-kwang, Kang Ha-neul, and Seo Kang-joon. I can see Seo Ye-ji’s character being the one to stir things up in the town that is deliberately controlled by the leaders of the religious cult group. She’s already having her suspicions from episode one so it’ll be interesting to see what she decides to do against the leaders.

‘Save Me’ has so much potential to be a strong and stable drama and I’m hoping it will deliver on all points. I don’t anticipate dropping this drama, but I am hoping that the future episodes will be just as good and even better than its pilot episode. Please don’t disappoint ‘Save Me.’