#Let’sTalk: BTS in the U.S. — is it helping or hurting them? 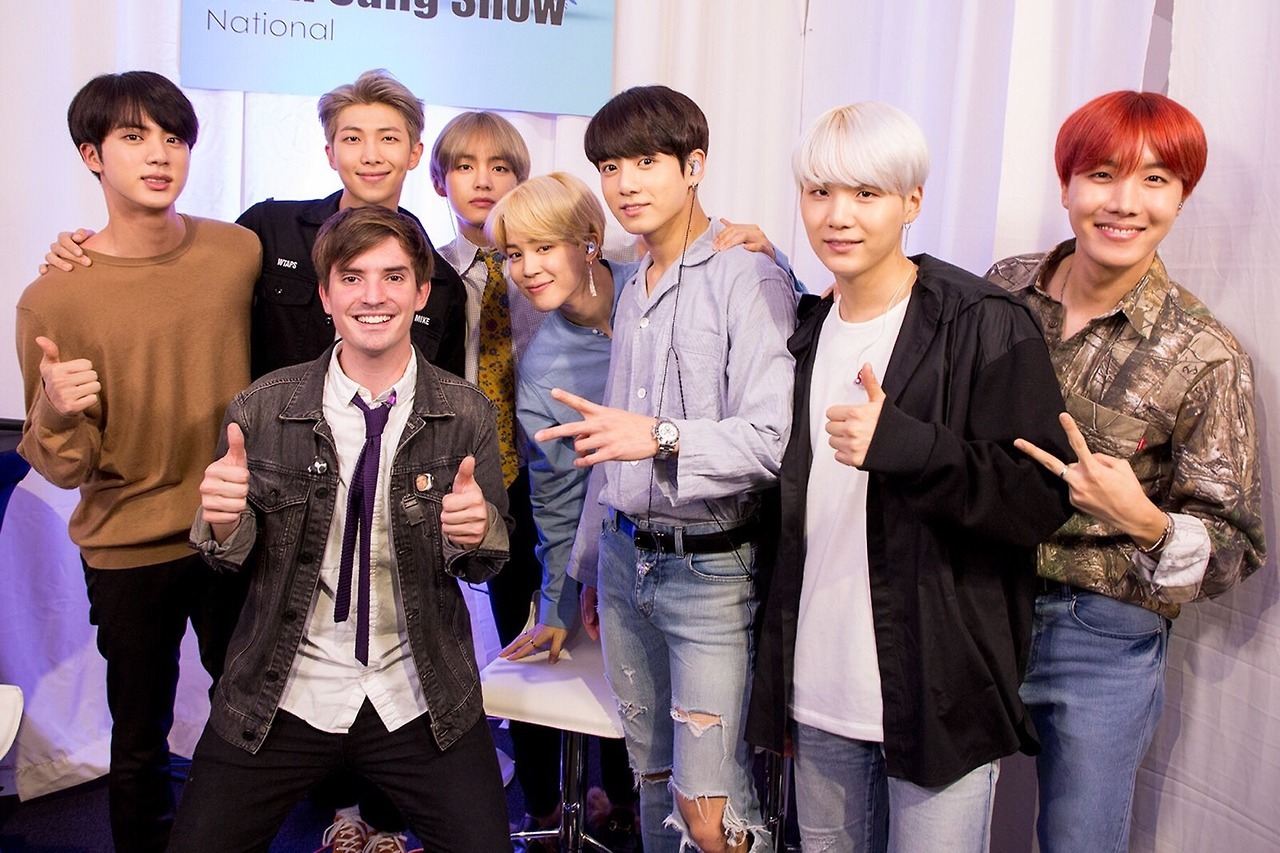 As ARMY’s know, BTS has been doing a wide variety of interviews and activities since they’ve been in LA on Tuesday. They’ve actually done so much that I haven’t been able to catch up and keep track of how many interviews and shows they’ve done.

And I frankly don’t care to watch these interviews and shows that they’ve been doing.

The general consensus that I’ve been getting from their interviews is just how disrespectful and lazy these interviewers have been. They continually ask the same questions over and over again: who are your favorite American actors and actresses, who would you want to collaborate with, who are you looking forward to seeing at the AMA, how do you feel about performing at the AMA, etc etc. At first, a few of those questions isn’t too bad, but when you’re doing a bunch of interviews everyday of the week and everyone asks the same question, it can get repetitive, boring, mundane, and annoying. This isn’t even to mention the type of questions they get asked where interviewers try to pin down ARMY’s and generalize them as a crazy fandom who stalks BTS and does horrible things to them. I get it, there are those people in fandoms who are like that and will stalk their favorite idols, follow them everywhere, always know what their idols are doing, etc., but to ask BTS about that is just too much for the boys — especially since their relationship with ARMY’s is one that they heavily treasure, admire, and cherish. BTS doesn’t want people to be thinking that their own fans are crazy because most fans aren’t, but these American interviewers try to paint them out as if they are which is completely wrong and inaccurate. Thankfully, Leader RM was aware of this and clearly knew what he was talking about when he was translating to the members the question. He wanted to have the members share positive experiences and accounts of fan interactions with ARMY’s. 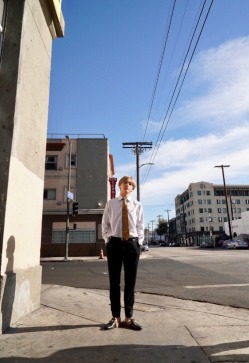 Also, interviewers have been treating BTS as if they’re just some one-hit wonder who just recently gained popularity a few months ago and are now promoting in the U.S., but it’s never been like that. BTS has been on the rise to stardom since 2015 with ‘I Need U’ and then really exploded with ‘Fire’ last year. 2016 was BTS’s year and so is this year and probably next year as well. They’ve been popular since two years ago and are still maintaining their momentum now so for interviewers to treat them as if they’re just barely starting and as if they’re just something that’s trending right now and will go away in a few months is so frustrating, invalidating, and discouraging. BTS has devoted 7 years of their life to get to where they are now. 7 years – 4 years since debut and 3 years of training. They put all their hard work and effort, their time, and literally their blood, sweat, and tears to finally achieve the success that they are at now so for interviewers to just treat them as if they’re just something big in the moment is completely disregarding the fact that they’ve been big for a few years now.

Also, can we talk about how the U.S. has been using BTS’s name just for the clicks and money? Like how the AMA’s now has merchandise of just pins and patches and are selling them for $40-$80? $80 just for a few pins and patches? Do you know what you can do with that same amount of money? Do you know how much food or clothing you can buy with that money? Do you know that you can donate that money to BTS’s ‘Love Myself’ campaign to help end domestic violence all around the world than for a couple of pins and patches? I know. I know BTS’s debut performance at the AMA’s is a huge deal. It’s a huge deal and is literally history. BTS is paving the way for future groups and artist to do the same. But AMA’s is just milking BTS and using their name at this point to profit off of them and make money. They obviously know how popular and big BTS is and what ARMY’s will do for BTS so they use their names to make money which is completely absurd and annoying in my opinion. And then I’m not even going to mention all the other interviews where the boys seem tired, bored, and frustrated because they keep being asked the same questions over and over again or are being put in positions where they’re being pit against their own fandom. It’s just ridiculous. 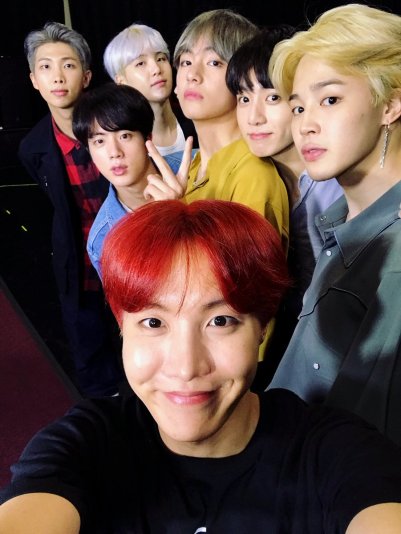 Also, many people have been asking the boys if they plan on making songs and albums in English. Here’s my thought on that: the boys are Korean. Their ethnicity/nationality is Korean, they’re from Korea, they speak in Korean, and they sing in Korea. In no way are they obligated to meet the standards and expectations of other people who think that just because they’re in America they should have plans to sing in english. They never had plans to promote in U.S. in the first place. RM said this in a press conference after they had won the BBMA’s where he noted BTS is going to continue making music in Korea and record songs in Korean which is how they started, what they should be doing, and most importantly, what the boys themselves want to do. So why is it that when they’re in U.S. for just a few weeks to promote themselves and get their names out there, all of a sudden they’re supposed to be singing in english and be talking in english? When American artists come to Korea to have their concerts and hold some interviews or when American actors and actresses come to Korea to promote their movies, no one expects them to be performing or speaking in Korean. That’s the same way with BTS in America. They’re literally here just to perform at the AMA’s and do some interviews and radio shows here and there. They shouldn’t and don’t need to be speaking in english. 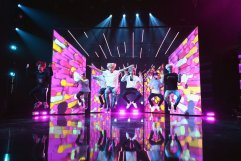 I know that some people have argued that the boys record albums in Japanese when they promote in Japan which I argue is completely different from their promotions in the U.S. Big Hit had plans for BTS to pursue advancements in Japan though while with the U.S., they didn’t. They took a few offers here and there to get the boys some more exposure in the U.S., but I don’t think they actually plan on having the boys actively promote in the U.S. music industry any time soon. They’re probably testing things out right now with the AMA’s and all these other interviews to see if it’s something they’re interested in, but Big Hit never had plans for the boys to make advancements in the U.S. Now this completely differs with Japan because their promotions were planned by Big Hit. We all know that K-Pop artists make advancements in Japan after their Korean debut. It’s the norm; it’s what we’ve seen in the past and it’s always been something that Korean entertainment companies make their artists do. Thanks to artists and groups like DBSK and BoA, this became possible and now entertainment companies capitalize on these opportunities. Because the Japanese music industry is so much bigger than Korea’s music industry, it would only make sense that they’d go there in hopes of gaining more recognition and exposure and therefore, put in the necessary work and effort that is needed to make that happen. You can tell that BTS didn’t plan on advancing in the U.S. music industry because they’re not 1) recording any songs or albums in english yet 2) the members themselves aren’t receiving any lessons on english hence why they can’t really communicate and if anything, are the ones teaching themselves english just so they can better communicate and interact with fans because they cherish and love all their fans. It’s different from Japan where they’re recording both old and new songs in Japanese, are receiving language lessons on how to speak Japanese, are doing concerts and fan meetings in Japan. It’s two totally different things: different countries, different music industries, different audience and populations, different promotional tactics, etc. You can’t compare them promoting in Japan to them promoting in U.S. It doesn’t work that way. If the boys themselves don’t want to sing and perform in english, they don’t have to. (Also, it’s not going to be anytime soon where Asian/Asian American artists, groups, and celebrities in general will be taken seriously in the United States and not be perceived as a joke but that’s an entirely new topic of its own).

These American interviewers and reporters aren’t even doing their work and research properly. This is America after all so I’m not really surprised, but as an ARMY it just upsets me because the boys deserve so much better. They came here probably very nervous but also very excited to be trying something new and to do something that they’ve never really done before and then here they are being disrespected, being asked the same boring questions a million times over, and being treated as if they’re just a one-time thing. These interviewers should either do their research, have ARMYs/fans interview the boys themselves, or just have the boys do the interviews themselves but be given the questions ahead of time. BTS should be getting questions asking about their music that is inspiring and socially conscious, about their ‘Love Myself’ campaign, about their inspirations in life to keep making music and doing the important work that they’re doing, and so much more. But here they are getting questions asking about dating, about times where their fans were crazy, or about getting compared to groups like One Direction and Backstreet Boys. Like seriously?! These reporters got their priorities all wrong. 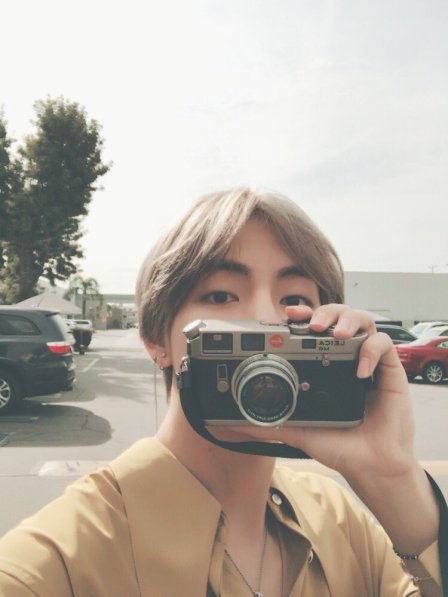 I really hope that if anything, their debut TV performance tomorrow at the AMA’s will make up for all the BS that they’ve had to put up with this entire week. I hope that the boys are still enjoying their trip and are having some fun in between their schedules and activities. I just want the boys to be treated with respect and love. I just want the boys to be safe and happy while they’re here. Is that too much to ask for?

BTS will be making their debut U.S. performance on the AMA’s with ‘DNA’ which starts tomorrow on November 19, 2017 at 5pm. Tune in or you’ll definitely be missing out!

Finally seems like one of the interviewers did their jobs right! In BTS’s most recent interview with Zach Sang, he actually mentioned about BTS’s ‘Love Myself’ campaign that they’re partnering up with UNICEF to do, BTS’s music and what they’re actually about, and also how music transcends language (which is literally what RM preaches about all the time) and how it’s important that BTS continues to sing in korean where ever they are and where ever they go. The boys themselves looked super happy and excited to be asked new, refreshing, and important questions that actually matter and are relevant to them and many fans are also excited about the interview. You can watch the interview above!