If you haven’t noticed yet, I’ve been recapping my newest addiction and obsession ‘King of High School Life Conduct’ because I am simply in love with this drama. It is so so so good I kind of pity those who aren’t watching it, lol (just kidding). BUT the one thing that I am not lying about this drama though is that it is seriously so so good. I was hooked ever since the very first episode and have continued to get attached as I watched each episode. There are so many great things about this drama (such as the perfection that I proudly name Seo In Guk) it is near perfect.

Anyways, as the title implies, this post / thread is primarily dedicated to the amazing korean drama so I have gathered a bunch of stuff I’ve found related to the drama, such as the released OST tracks or GIFs of flawless Seo In Guk portraying Min Suk or funny memes relating to the drama.

I guess we can start out with the OST tracks since there aren’t that many out yet and because they provide a great listen. First up is ‘One Way’ by 트랜스픽션 (Trans Fixion), a rock song that can be primarily heard in the drama as the ending song. I honestly wasn’t really feeling this song when I first heard it, but because this song played every time each episode ended, I went to go listen to the whole song and now I can’t stop myself from listening to it. In fact, I’m listening to it right now as I write this post. Haha. Every time I listen to this song, I think back to ‘King of High School’ and its epic ending scenes, making me excited for the next episode. Anyways, a really good (and catchy I might add) track, so make sure you listen to it if you haven’t yet.

The next OST track that was most recently released is ‘As Life Goes On’ by soloist Jung In (this is off-topic, but I actually got to see her live at concert in the beginning of last year. She’s prettier in real life and she’s a great singer!). The first time the viewers heard this song was during the bus scene in episode two when Min Suk sat behind Soo Young on the bus after work ended and watched after her. I remember falling in love with the bus scene so much and I think a part of it was because this song was playing during that scene and it matched the scene so well. I couldn’t stop listening to the song so I repeatedly listened to a Youtube video that cut the bus scene but thankfully the official OST track was released a week after. It’s a beautiful and calm song, so definitely, definitely give it a listen.

If you’re not having a great day or morning or night so far, I hope these memes will cheer you up. I found them on a tumblr account called dramatroll so credits to dramatroll for these hilarious memes that I hope will make you feel better. These are just for fun, so do not take them seriously. Haha. I especially like the one with about the tires because it’s so true. Lolol. 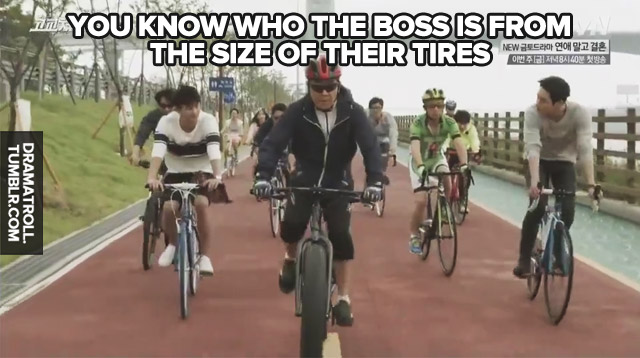 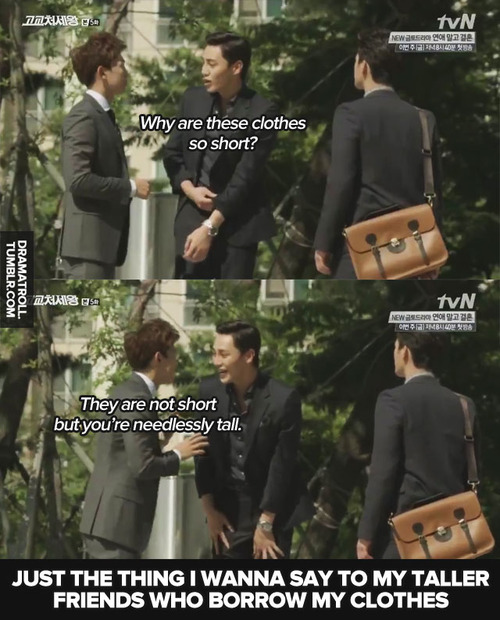 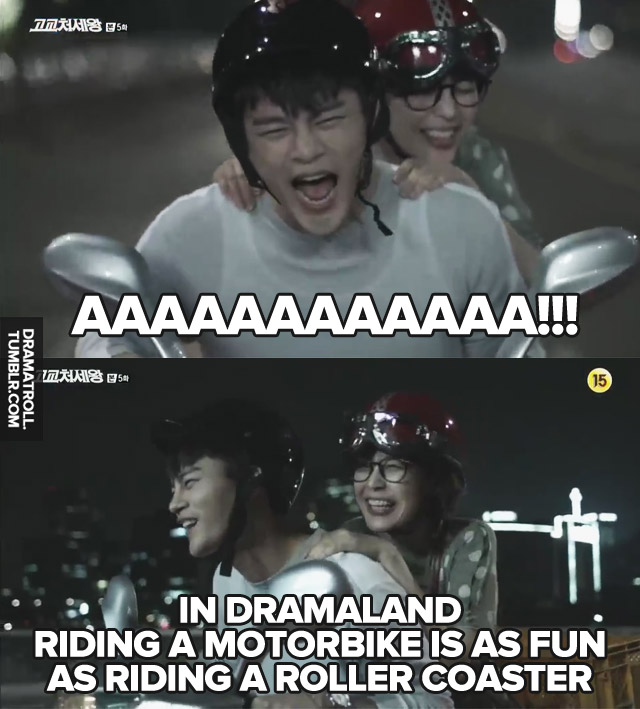 We’ve covered OST tracks and memes so far, so the last thing I will be sharing with you guys is my obsession with Seo In Guk who I have fallen in love with after watching ‘King of High School.’ How can you NOT fall in love with him after watching him act so naturally as Min Suk? It’s hard to believe that Seo In Guk actually started out as a singer, because he’s just as great in acting. I honestly never found Seo In Guk to be attractive and charming before ‘King of High School’, but now I can proudly declare him as my newest celebrity crush. Better watch out Jung Yoo-Ah, you have a new competitor here who loves Min Suk just as much as you do!

(credits to whoever this belongs too. THIS IS NOT MINE).

I kind of died when I saw him in those clothes while riding that bicycle. Seo In Guk looks amazing just wearing casual clothes like that combined with some shades. And when he sports on a face expression like that too. Uh yeah, one just simply cannot contain thy feels. Lol.

Here are some other pictures of Seo In Guk for a magazine photoshoot. Looking fabulous like usual.

I know that this post might be kind of useless, but I just needed to let out my feels for this drama and for Seo In Guk and this was the only way to do it, so I had to make this post. Haha. I hope that those who are watching “King of High School” enjoys it just as much. I mean come on, there’s Seo In Guk (and Lee Soo Hyuk), what is there not to enjoy right?!