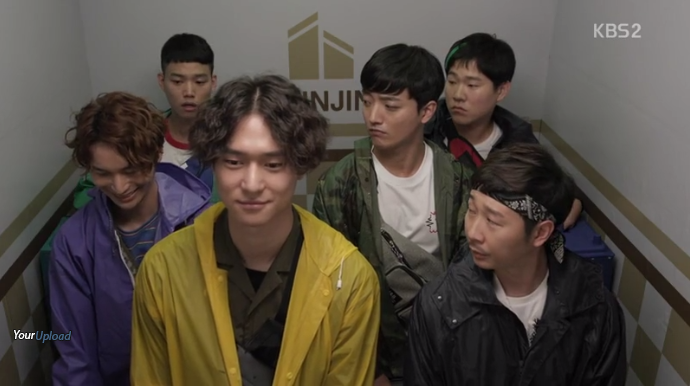 Okay, I think this one I’m staying for. Whereas before I was doubtful about whether I should continue to watch new drama ‘Strongest Deliveryman’, this drama might be my new fix.

Episode 3 and 4 were much stronger episodes and was what made me want to stay with the drama. Episodes 1 and 2 were good and I liked how we were given some context behind our characters, but I wasn’t all in for the plot because the drama didn’t really show us what the plot was. But then episodes 3 and 4 came along and now I have a much better understanding of how something as mundane as being a deliveryman plays a huge impact and role in the lives of our characters. 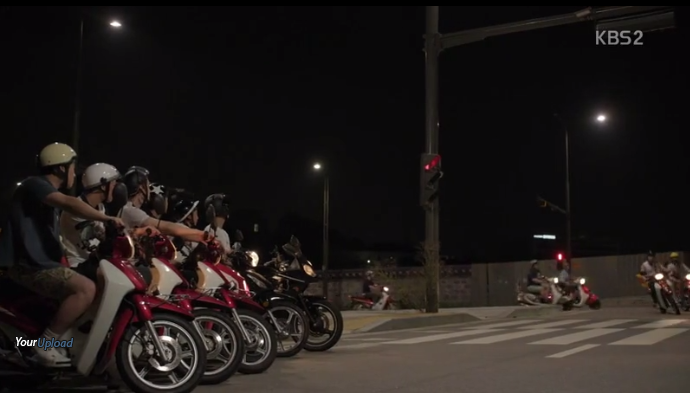 For Kang-soo, being a deliveryman means that he’s been able to build connections with other deliverymen who he can rely on for support and help and as we saw with episode 3 and 4, he was able to rely on his colleagues to help him with his friend Hyun-soo’s incident. For him to have been able to create a network with other deliverymen demonstrates just how influential Kang-soo is and how important the role of a deliveryman is in his life. If he wasn’t a deliveryman, would he have been able to gather as many people to help him take down Jin-gyu and whoever else was involved in Hyun-soo’s incident? Of course, I’m still very interesting in Kang-soo’s life and background story and I’m hoping the drama will give us more of that context. It seems like right now it’s focused on the Hyun-soo incident sub-plot and while I’m interested in watching Kang-soo take down Jin-gyu (now that we know it was him who caused Hyun-soo’s incident), I’m hoping the drama won’t drag this on for too long. By the looks of episode 4, it seems like the drama won’t be taking up too much time with this sub-plot so that’s relieving. I’m more intrigued by Kang-soo’s background story and his search for his mother. I want to know more about his parents, why his mother ran away, his childhood growing up, and so much more. I’m hoping the drama will explore this side of Kang-soo because it’s done such a great job presenting this context to us that to not explore it or to rush this execution would be so shameful and unfortunate. 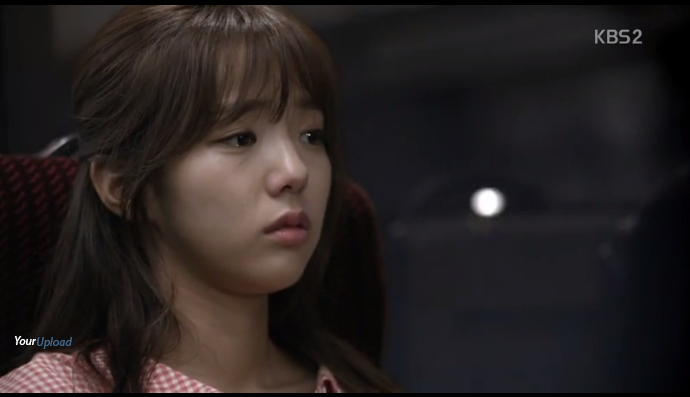 Dan-ah is such a strong, confident, and hard-working person and I like how determined she is to make ends meet. Despite working all day everyday and having to deal with the obstacles when doing that, she keeps going. She’ll do whatever it takes to accomplish her goals and dreams and it’s great seeing that from her. Even though her family might be dependent on her to support them with finances and money, I actually don’t find Dan-ah selfish for wanting to do what she wants. She’s not obligated to help them just because they’re family and the drama has shown us Dan-ah supporting her family since forever. She’s had to give or postpone her dreams to support her family, but she has a life of her own and goals she’s set for herself. For how much longer is she going to live like this? Dan-ah’s also another interesting character I’m anticipating to get to know more because I want to see the layers behind her tough and strong character and how she came about to being so. 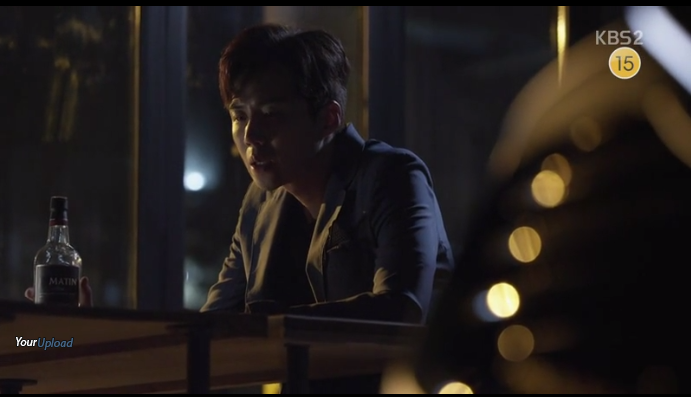 I think the biggest thing I enjoy about ‘Strongest Deliveryman’ are our second leads. For once, they’re not your typical second leads that you hate or despise. I’m actually rooting for them both and they’re also characters that I want to learn more about. The drama has done a wonderful job at introducing them and their struggles to us within the first 2 episodes (just like how it did with Dan-ah and Kang-soo) that you sympathize for them or at least don’t hate them. That’s something that the drama was able to do so well within the first 2 episodes that I’ve rarely ever seen in other dramas before which is why I’m sticking with the drama. I don’t hate the second leads and in fact, I care for them. Jin-gyu is the heir to his father’s company, but he lives so carelessly. There’s so much pressure in his family to succeed and do well that in order to cope, he goes car racing or goes out to have fun. He’s been told he’s worthless all his life by his abusive father that to him he’s just kind of existing, not doing anything big or great and just waiting for everyday to pass by. Although the actor Kim Sun-ho playing Jin-gyu is a little green and awkward, there’s some thing about the way he interprets and portrays his character that gets to me — that doesn’t make me turned off. You just sympathize for him because you realize just how sad of a life he has so now that he’s been working at the restaurant with Kang-soo, you start to feel a little bit happier for him. He’s finally learning some basic life skills for once and is doing something that he’s never done before — aka work. Through actions like these, there’s so much potential for him to grow not only personally but in his father’s eyes as well.

I’m surprised that the show has been giving us more interactions between Dan-ah and Jin-gyu than Dan-ah and Kang-soo. The same goes with Kang-soo and Ji-yoon. It makes me root for Dan-ah and Jin-gyu which I know I shouldn’t do because he’s the second male lead and he’s not going to end up with Dan-ah. But it just warms my heart when he does small things for her like upgrade her to a VIP room in the hospital or take over her job for her because she saved his life and that’s the minimum thing that he could ever do to express his gratitude for her. Their scenes together has also been so cute with Dan-ah yelling at Jin-gyu half of the time and telling him to stop complaining for working when that’s something that everyone does all the time. It’s small moments like these where I support this couple, but then I remember what Jin-gyu is the second male lead and I refrain myself from falling for the couple even further. Oh show, why are you so cruel to me?

‘Strongest Deliveryman’ seems to be delivering (haha get it?) on most aspects: characters, plot, actors, and music. The only issue I still have with it is the editing. It’s a little bit too disjointed and choppy for me and I was actually thinking of recapping this show, but I decided not to because it’d be too difficult for me lol. Hopefully the editing will improve in later episodes because everything else is pretty solid right now. Of course, I’m hoping for more context behind our characters and the struggles they face in life that has lead them to where they are now and the decisions that they’ve made. As ‘Strongest Deliveryman’ is largely character-driven, I’m hoping we can get more of this sooner.