Wow, this drama is slowly becoming a favorite of mines. I had no expectations before watching it and wouldn’t have even stumbled upon it had it not been for the cast’s appearance on Happy Together which I watched. But I’m glad that I gave this drama a try because it is entertaining, fun, and endearing all in one package. 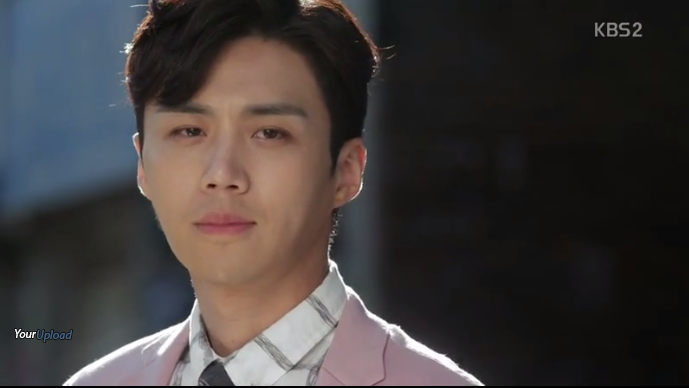 The drama is so heart-warming and soft in such an effortless and simple way. Everything just flows really well and you never really feel frustrated or disappointed with any of the characters. Even our second male lead Jin-gyu who could have gone that route and had the potential to be a hateful character was redeemed and you root for him knowing his background story and his effort to envision a better future for himself. I think the aspect that I enjoy the most about this show is probably how it continues to repaint and rehash Jin-gyu’s character out in a positive light every single time. You would think that having been the reason for someone to enter a coma and then sending someone to prison would make him hateful, but he makes up for it every single time. At the end of the day, he has a huge heart and he’s not what people think about him or make him out to be. There’s just something about him that makes him my favorite character. There are so many layers to him, there’s always constant character development for him, and he’s a kind person at heart. Sometimes it’s just a little bit harder for others to see that side and aspect of him, but by no means is he a bad guy.

I like that despite the mini sub-plots in between like the replacement of the 30 year restaurant with new big-name restaurants or Hyun-soo’s coma situation, the drama never loses focus on the bigger plot which for Kang-soo is his journey in finding his mother and for Dan-Ah her journey in emigrating the country in a little less than a year. In episode 8 we get progress and content on these two bigger plots which is refreshing and nice because the drama hasn’t lost track of its original focus which were to focus on Dan-Ah and Kang-soo’s individual journeys respectively. I also like how we’ve solved Hyun-soo’s coma situation and that Jin-gyu was even able to talk about it with Hyun-soo. Our two male leads have finally made up and it didn’t take us the entire drama to get us there. Their bromance didn’t last too long in the beginning, but we eventually got the bromance back just as quick. Great pacing.

One thing that I do wish the drama could have done differently was the love line between our two main characters Dan-Ah and Kang-soo. It’s inevitable that they’re gonna fall in love with each other because they’re our two main characters, but I think it might have happened a little bit sooner than I had expected or wanted. I would have liked a few more scenes or episodes of the two spending time together, getting to know each other outside of the restaurant, and just talking to each other as friends and not co-workers. While I like the idea of the two being a couple (I’m trying my best to not have second lead syndrome but I’m failing at this point), I want to be provided with more reasons as to why I should support them and unfortunately I don’t have that many right now which is why it was difficult for me to buy Dan-Ah’s emotions of sadness at the thought of Kang-soo leaving. How and when did she fall in love with him? Why does she like him? The same thing could be said about Kang-soo’s feelings for Dan-Ah. I support them as a couple and I think they’re cute together I just need more reasons to keep supporting them and liking them.

A part of me is sad because I feel like Strongest Deliveryman is an example of what Strong Woman Do Bong-soo should have been. It’s light, funny, romantic, and quirky – everything that Strong Woman was as well but the difference between both dramas is that Strongest Deliveryman knows how to utilizes their side characters and sub-plots in ways that fits into the overall narrative of the drama. Kang-soo’s deliverymen squad and friends are there for comedic purposes and relief, but by no means do they take up half of the episode. They’re kind of here and there each episode, but I’m never confused as to why they’re there. They actually have a purpose in the drama (other than being deliveryman and Kang-soo’s friends, they’re also helping save Grandma’s 30-year old restaurant which is another sub-plot in the drama). Meanwhile, Strong Woman had many sub-plots and side characters who were also placed into the drama intended for comic relief, but never really actually had a purpose. They were just kind of there and you never understood why they received so much screentime in the drama or what their purpose was. I’m not one to make comparisons often between dramas, but watching Strongest Deliveryman just reminded me of Strong Woman and the notion that this is how Strong Woman should have been written and executed. Strong Woman was a lovable and pleasant drama on its own, but it could have been better and I think a better example of its potential is demonstrated by Strongest Deliveryman.

Camerawork isn’t necessarily my favorite. I can do without all the unnecessary close-ups which only distracts me from the actual scene. Because the camerawork is so iffy that then affects how the editing is done and similar to the camerawork, the editing is not the best either. But I can put up with both these minor flaws just because everything else about the drama is a lot better and is what is keeping me onto the drama.

Overall, Strongest Deliveryman is still delivering on almost all fronts and I’m really liking the direction it’s taking us. I can only hope that it’ll continue to impress and never lose sight of its focus or what it showed us in the first place: our characters’s personal development.