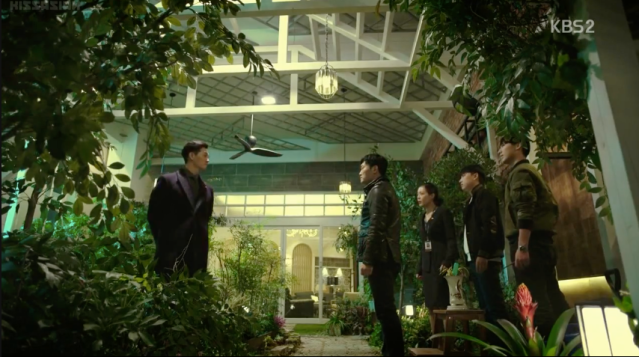 Holy smokes! Episodes 9 and 10 of ‘Mad Dog’ were so good. Neither one is my favorite episode out of the entire drama, but oh were they so so good.

Episode 9 was so intense while episode 10 was so soft I enjoyed the contrast in mood and tone between the two. I’m glad that Min-joon and the Mad Dog team are now collaborating with one another a lot more often to defeat the bad guys which they’re finding is not as simple as they thought it would be. The unexpected challenges and obstacles and people they’ve faced along the way makes things so fun to watch and I like how the drama is really grasping onto those opportunities of intensity and momentum. I also liked how the drama gave us some time to just breathe and relax with episode 10. The past few episodes have been so action-packed and intense that episode 10 gave us some adorable bromance between Min-joon and Kang-woo. Min-joon fed Kang-woo and helped him relive some parts of his life that he had been neglecting since his wife and son passed away while Kang-woo cared for Min-joon and acted as the older brother that Min-joon had been missing his entire life. I was surprised at how relaxed and calm episode 10 was just because it never seems like the drama stops running (maybe because it actually doesn’t even when you think nothing’s going on), but to give us scenes of Min-joon and Kang-woo spending time together while not having to worry about the villains was so nice to watch. I wouldn’t mind if Mad Dog continues with this vibe, but we’re halfway past the drama so things are only going to get even more intense from here on out. Please try to add in some bromance and romance between Ha-ri and Min-joon in there while you can Mad Dog! 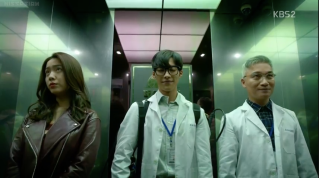 I said in my last post about ‘Mad Dog’ that I had wanted better acting from our cast members. While that still does ring true, I think episodes 9 and 10 really showcased our cast members’ acting when their characters demand it out of them, such as Yoo Ji-tae’s character Kang-woo. Yoo Ji-tae really brings out his acting chops when it is demanded of him and we saw that at the end of episode 9. So far, he’s been taking it slow and has been doing little things here and there, but never really showcased his full potential. He gave us merely a glimpse of the tip of the iceberg in the last 8 episodes that in episode 9 when he was rushing to get his team members out of the greenhouse so they wouldn’t get caught, he finally unleashed some of his great acting skills that had I had been wanting to see and that had been missing from this drama. I wished his character would have been more demanding like this from the beginning of the drama so that we could have gotten more of intense and passionate Yoo Ji-tae all along. Why we’re barely getting this I don’t know why and it’s such a shame, but I’m glad that we’re getting something from him at least now. 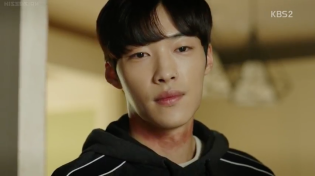 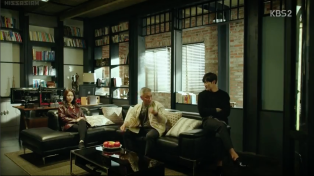 This drama has a way of making you think that a lot of things are going on when really there isn’t. When I step back and pause and just think about what the drama has been doing the last 10 episodes, I realize that the drama hasn’t been doing that much. Yes, our Mad Dog team has been chasing after people and after the truth and getting themselves into risky situations so the entire drama is fast-paced, but overall the drama is quite slow. You receive little hints and answers here and there (of course without our protagonists facing challenges to get those answers first), but they come in increments. I like how this drama makes you think that there’s a lot going on when really there isn’t. You’re occupied and caught up in the moment and instead of dreading the drama and watching them get defeated time after time, they gain little wins here and there and there’s comedic timing to balance it all out. It’s nice pacing and maybe sometimes it is a little bit too slow for me generally, but the drama is nice to watch so I’m enjoying it. 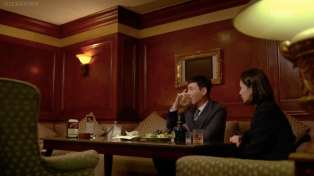 I don’t think our villains are going to be defeated anytime soon but I do wonder who’s going to get eliminated first when this does happen. I’m quite sad that CEO Hong-joo has gone onto the bad side because I thought she could have possibly made a good partner with the Mad Dog team. I hope that she’s secretly either working for the Mad Dog team and just pretending to work with her father, but maybe she might actually be a villain which would be so unfortunate and kill any potential her character had in being interesting and multi-dimensional. I’m anticipating to see where this drama goes and how our villains are going to be defeated.

All in all, I’m all in for more Mad Dog team collaborations and team-building! Let’s do this!