Wow, I’m surprised at how quiet news about this music video was for a monster rookie group. CUBE’s popular rookie girl group (G)I-dle made waves when they debuted back in May with ‘Latata.’ Upon arriving at the scene, the six-member girl group charmed their way into the hearts of fans and received great and explosive results with their debut. The girl group was recently in New York where they performed for a showcase and also participated in a flash mob. Many international fans were present and supported the girl group. Despite only being a few months old, CUBE’s new girl group seems to be doing well and are receiving great responses from fans.

(G)I-DLE (typing their name is so confusing omg lol) recently returned with a new digital single titled ‘Hann.’ Similar to ‘Latata’, it’s another girl crush concept whose main highlight is the whistling of the instrumental. The music video appears to show each of the members, some choreography shots, and other things like a scorpio. In my opinion, the music video doesn’t look as expensive or impressive as ‘Latata’, but it still captures the girl group in their moment and shows them doing what they do best.

Although I prefer ‘Latata’ over ‘Hann’, this new track remains consistent with (G)I-DLE’s debut image which is always a plus. This contrasts with CUBE’s management of CLC and one of the possible reasons as to why CLC never received the love and attention that (G)I-DLE received upon debut. CUBE became confused and continued to switch CLC’s concepts with every comeback. However, here, (G)I-DLE is still as confident and powerful as they were back with ‘Latata.’ Hopefully, they’ll continue to deliver these type of songs (in different ways of course) and CUBE doesn’t mess up on them as they might have done with CLC (CLC still has a chance though! They’re not totally ruined forever). 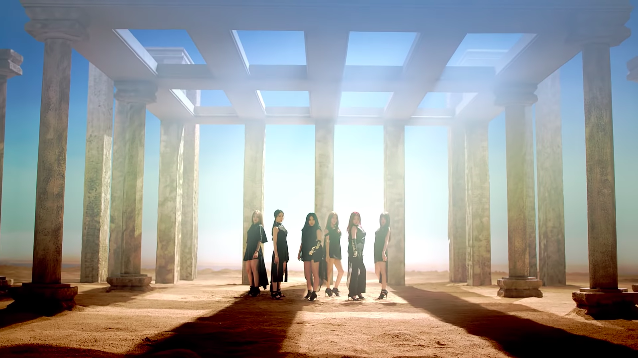 Sweet and impressive, but not as impactful as ‘Latata.’ Check out the MV for yourself and share how you felt about it!