Oh BTS, what have you done?

It’s okay to criticize your favorites and bias groups in a constructive and respectful manner. You don’t always have to love everything that your group does or puts out and that’s how I feel about ‘Idol’ as well as this entire ‘Love Yourself’ series in general. Upon watching the ‘Idol’ MV, I knew almost immediately that it wasn’t going to be what I wanted it to be and I think that was okay. Granted, after watching the MV and listening to the song, I have to admit that ‘Idol’ is a fun, energetic, exciting, and quirky song. There’s not a lot going on and there’s a lot of auto-tune and yelling and shouting. It’s something that’s not meant to be taken seriously and the MV is proof of that. While I think the song was fun and entertaining, I also found it messy and chaotic. There was not a lot going on in the song in terms of vocals or rapping, but there was a lot going on with everything else and it just felt like BTS and Big Hit combined a bunch of musical elements together into one and called it a day. I can see the type of image and concept that BTS was going for with this comeback, but it’s far from what they delivered in eras such as ‘Wings’ and ‘The Most Beautiful Moment in Life.’ I was actually hoping that they would use more of the traditional instrument that we heard in ‘Ddaeng’ or in the MV teaser for ‘Idol’, but there wasn’t much of that at all. If the boys had gone in a similar sound to ‘Ddaeng’ with this comeback, that would have been amazing. I loved ‘Ddaeng’ and the use of the traditional instruments in that song. But as with all other things, we can’t always get what we want right? ‘Idol’ isn’t your typical title track and it’s something different that we haven’t seen much of in K-Pop (yet), but because BTS dived into uncharted territory, it was a risk that could have either gone bad or do well and set a precedent for future releases similar to ‘Idol.’ I think ‘Idol’ will do well regardless because it’s BTS and anything they do at this point will be successful. Do I think the song was good? No. But will they still reach an immense amount of success with this comeback just like they did all the other times? Undoubtedly. Plus, I can see more groups attempting the same kind of sound that BTS did with ‘Idol.’ Anything BTS does, other groups will probably try to follow and replicate as well.

Moving past on from ‘Idol’ which didn’t really impress me all too much, I listened to the album (or at least the new songs). Rap line received their own solo’s while Jungkook’s ‘Euphoria’, Jimin’s ‘Serendipity’, and Jin’s ‘Epiphany’ were all released in full. After listening to the entire album, my favorites would definitely have to be Suga’s solo ‘Seesaw’, Jimin’s full version to ‘Serendipity’, Jin’s ‘Epiphany’, and ‘Answer: Love Myself.’ Honorable mentions are RM’s solo ‘Trivia: Love’ and ‘I’m Fine.’ I never knew how much I needed a solo from Suga, but after listening to ‘Seesaw’, I realized just how much I needed it. LOL. He sounds amazing in that song with his soft vocals and rapping and the fact that the song is so simple and minimalistic makes things even much better. ‘Answer: Love Myself’ was another great song because of its acoustic elements which is the one common aspect that I noticed in all the tracks that I enjoyed in this album. The ones that stood out to me were simple, easy to listen to, emotional, and minimalistic. Unlike their other albums, I’m not too entirely sure I want to buy the physical album just yet. I’m a bit disappointed that they didn’t include my favorite album tracks from the other ‘Love Yourself’ comebacks. They didn’t include ‘Paradise’, ‘134340’, ‘Love Maze’, or ‘Pied Piper’ which made my heart hurt and my head confused. Those songs were some of their most outstanding album tracks, but they chose not to include it in this repackage. I wonder how they chose which songs to include in this repackage and which ones to exclude because it’s definitely confusing me, lol. 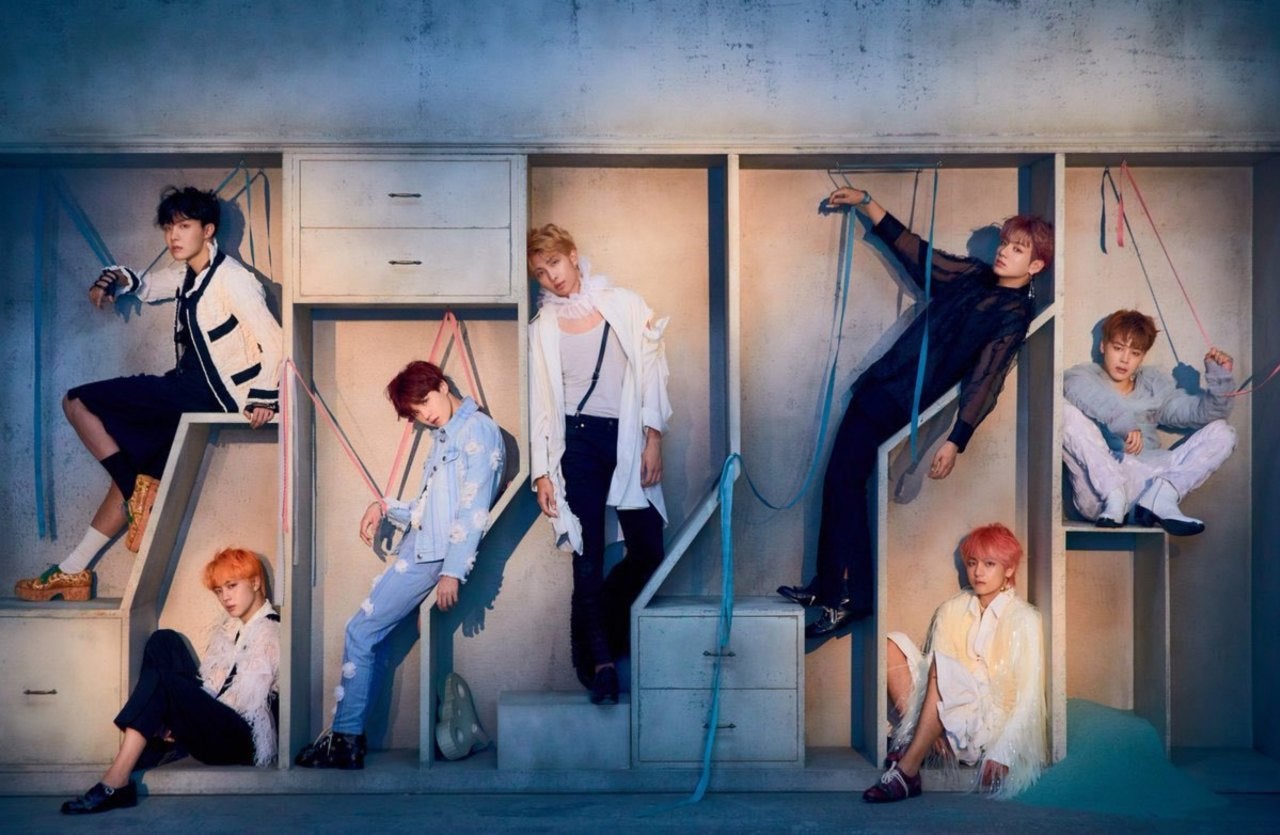 Overall, ‘Idol’ was fun and entertaining, but not that great of a song (some parts kind of reminded me of ‘Not Today’). The members probably had fun with it and the choreography to the song will probably be fun as well. The MV looked a bit tacky to me with all the CGI and animations so I wasn’t the biggest fan of it. I actually kind of missed the aesthetics that we saw in MV’s like ‘Spring Day’ or ‘Run’ or ‘I Need U’ where the members were actually out and about running and acting and doing things. Now they’re kind of stuck in a box and all the CGI and animations do most of the work which can be distracting and off-putting at times. Regardless, now that the finale to the ‘Love Yourself’ series has arrived, the era will be put to rest and the boys will embark on their long world tour. Overall, this ‘Love Yourself’ era wasn’t the best work that we’ve seen from the boys and it was actually underwhelming. Despite my disappointments with this era, it was their most successful yet and they achieved great heights and successes with this era. I wasn’t too impressed with ‘Idol’ after the MV, but maybe watching them perform it live in concert will persuade me to think otherwise.