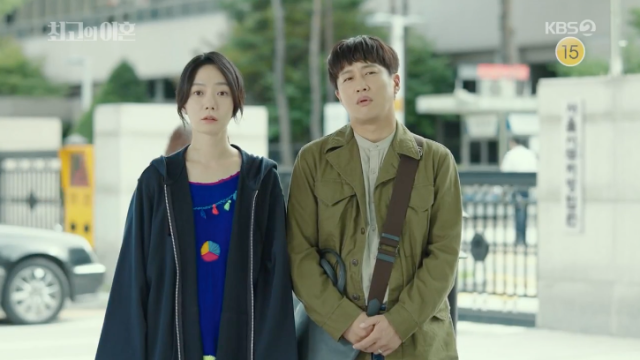 Aww, I like this one. ‘Matrimonial Chaos’ starring Chae Tae-hyun and Bae Doo-na premiered this past Monday and Tuesday. The KBS drama follows their two characters – Jo Seok-moo (Cha Tae-hyun) and Kang Hwi-roo (Bae Doo-na) – and their struggle to keep their marital relationship afloat. The two have been married for three years, but discover that their marriage is not as strong as it once used to be.

As a long-time fan of Cha Tae-hyun after watching him in classic ‘My Sassy Girl’, ‘Speedy Scandal’ (along with my most favorite actress Park Bo-young), and variety show 1 Night 2 Days, I decided to check this drama out. Cha Tae-hyun’s acted in plenty of dramas in the past such as ‘Producers’ and ‘The Best Hit’, but I never really cared enough to check them out. Now that he’s back with another drama, I decided to give it a chance since I realized that I haven’t watched any of Cha Tae-hyun’s dramas just yet. This is also my first time watching any of Bae Doo-na’s dramas; of course, I’ve heard of her other works like ‘Forest of Secrets’ and American show ‘Sense8’, but also never really checked any of her shows out. With ‘Matrimonial Chaos’, I wasn’t too sure what to expect, but I’m glad to say that I like it. 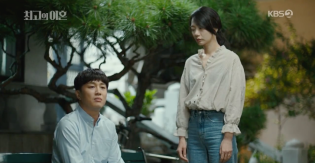 The Korean version of the drama is a remake of the Japanese drama with the same title. Since I haven’t seen the original either, I have no idea as to how similar or different the two dramas are from each other. Of course, I hope that the Korean remake will be good and different enough of a drama to be able to stand on its own and be its own drama; minor details might be different here and there, but maybe the overall premise will be the same. Only episodes one and two have been released, but I generally enjoyed ‘Matrimonial Chaos.’ It was an easy and breezy watch, but by no means, intense or suspenseful or anything within that realm. ‘Matrimonial Chaos’ was entertaining in the most subtle and smallest ways and I think a big part of that was thanks to our two talented leads. It’s obvious that Cha Tae-hyun and Bae Doo-na are going to carry this drama since they’re the main characters and this drama is about their marriage, but you also can’t deny how talented they are. If a drama so heavily centered on the relationship of our two leads was played by any other two actors, I’m not really sure the drama would have been as good as it is now with Cha Tae-hyun and Bae Doo-na. 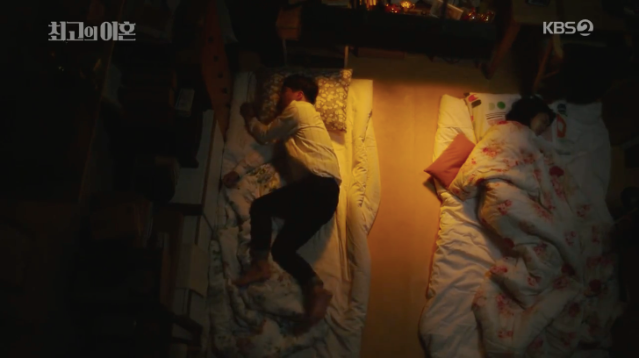 Watching this drama about Cha Tae-hyun and Bae Doo-na’s struggling marriage reminded me of ‘Go Back Couple’ starring Jang Na-ra and Son Ho-jun. Cha Tae-hyun and Bae Doo-na’s characters have been married for three years, but they’ve come to learning throughout those years that they no longer enjoy the other’s presence, have become accustomed to the other’s presence, and do not get along as well anymore. So in episodes one and two, you just see Cha Tae-hyun and Bae Doo-na constantly bickering and arguing with each other and it’s one scene in particular that causes Bae Doo-na’s character to realize that she no longer wants to be with Cha Tae-hyun any longer. While it was heart-breaking to watch the two argue and file for divorce, it was especially heart-breaking watching them try to hide their problems and pretend to be fine to the rest of their families. They attempt to devise plans and strategies that will inform their families about their divorce, and it was seeing the two decide how to do this in the most subtle ways ever that broke my heart. Everyone has become so accustomed to seeing the two together they just automatically assume that our married couple is fine. However, our married couple isn’t fine and it’s going to be challenging for them to address the truth to their families. 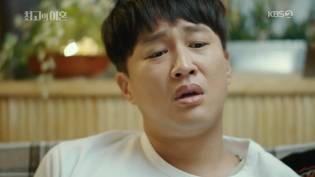 It also doesn’t help that Cha Tae-hyun’s character reunites with his first love who is also now married to a cheating husband. He seems like he’s dissatisfied with his life, first with his marriage and then now with regrets pertaining to his first relationship. There are things in Cha Tae-hyun’s character’s life where he’s not happy and he takes all that anger out on others, such as on Bae Doo-na or his family. It’s unfortunate and you can see why he seems so angry, but you also find it unnecessary that he’s blaming others for the problems in his life. You kind of wonder if there’s any way he can mend his broken marriage with Bae Doo-na. In ‘Go Back Couple’, our married couple traveled back in time and were able to learn from their mistakes to fix their marriage. Will our married couple be able to do that in ‘Matrimonial Chaos’ too? Will the opportunity for them to learn and live and improve their relationship also arrive? 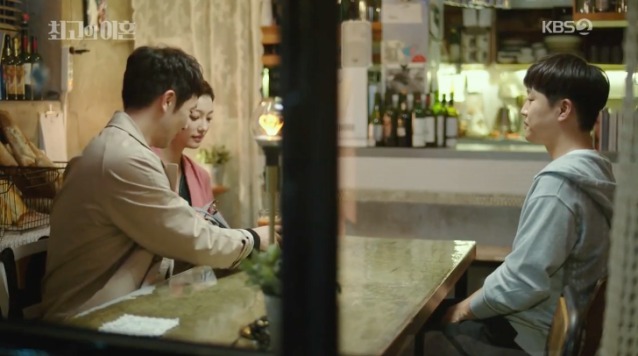 While not the greatest or funnest drama to watch, ‘Matrimonial Chaos’ remains heart-warming, light, and comedic. Some scenes might drag out a bit too long or be a bit quiet, but it’s still a fluffy and cute drama. I’ll stick with the drama a few more episodes to see if it gets better or slowly loses its charm. I especially want to see what Cha Tae-hyun and Bae Doo-na’s decision on their marriage is in the future. Will they choose to stick together and work through their problems or will they decide to go their own separate ways respectively?

One thought on “What Mary Thinks: Matrimonial Chaos”