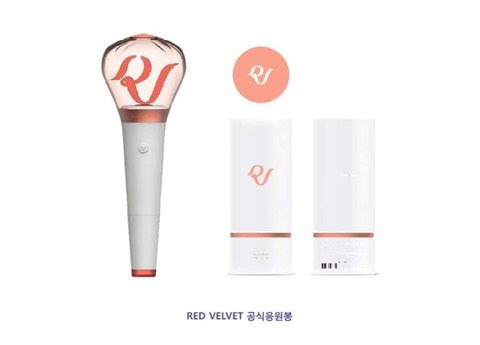 Upon news and images of Red Velvet’s new fan light stick, some fans expressed either disappointment, indifference, or happiness about the product. The design of the light stick is rather simple, consisting of the initials of the group name ‘RV’ in red.

I don’t really care about light sticks. I understand that they’re a pretty big deal for fandoms because it’s what represents them and what fans can use to show their support to their bias groups during events such as concerts, fansignings, fanmeetings, festivals, and much more. However, I’ve really only owned one light stick so far which is BTS’s Army Bomb and fortunately got to use it during their Wings Tour concert in April of 2017. 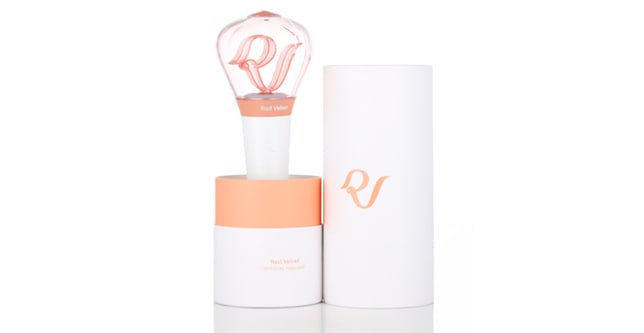 With that being said, I do like seeing the different innovative, creative, and sometimes confusing designs that entertainment companies give to their idol groups though. Whereas some idol groups simply don’t even have any light sticks (my poor f(x)), there are other groups whose light sticks are beautiful, simple, and amazing (SHINee’s is probably one of my favorites). Then there are some that I’m a little confused about but that I ultimately don’t really have an opinion on like NCT’s or BLACKPINK’s.

In regards to Red Velvet’s light stick, the design is pretty simple and maybe it’s a little too simple SM should have put a bit more thought and creativity into it. However, they were minimalistic here and I don’t think the girl group’s light stick is as bad as some put it. I do wish SM would have made the letter ‘R’ stand out a little more; I can clearly see the ‘V’ but the ‘R’ looks funny to me and it actually took me some time to decipher what the two letters were. Though I won’t be getting one light stick for myself, I’m just glad that Red Velvet is being treated right somehow in some way and has finally earned themselves a light stick. Now all that’s next is an f(x) comeback and a light stick to feed my f(x) fangirl heart.