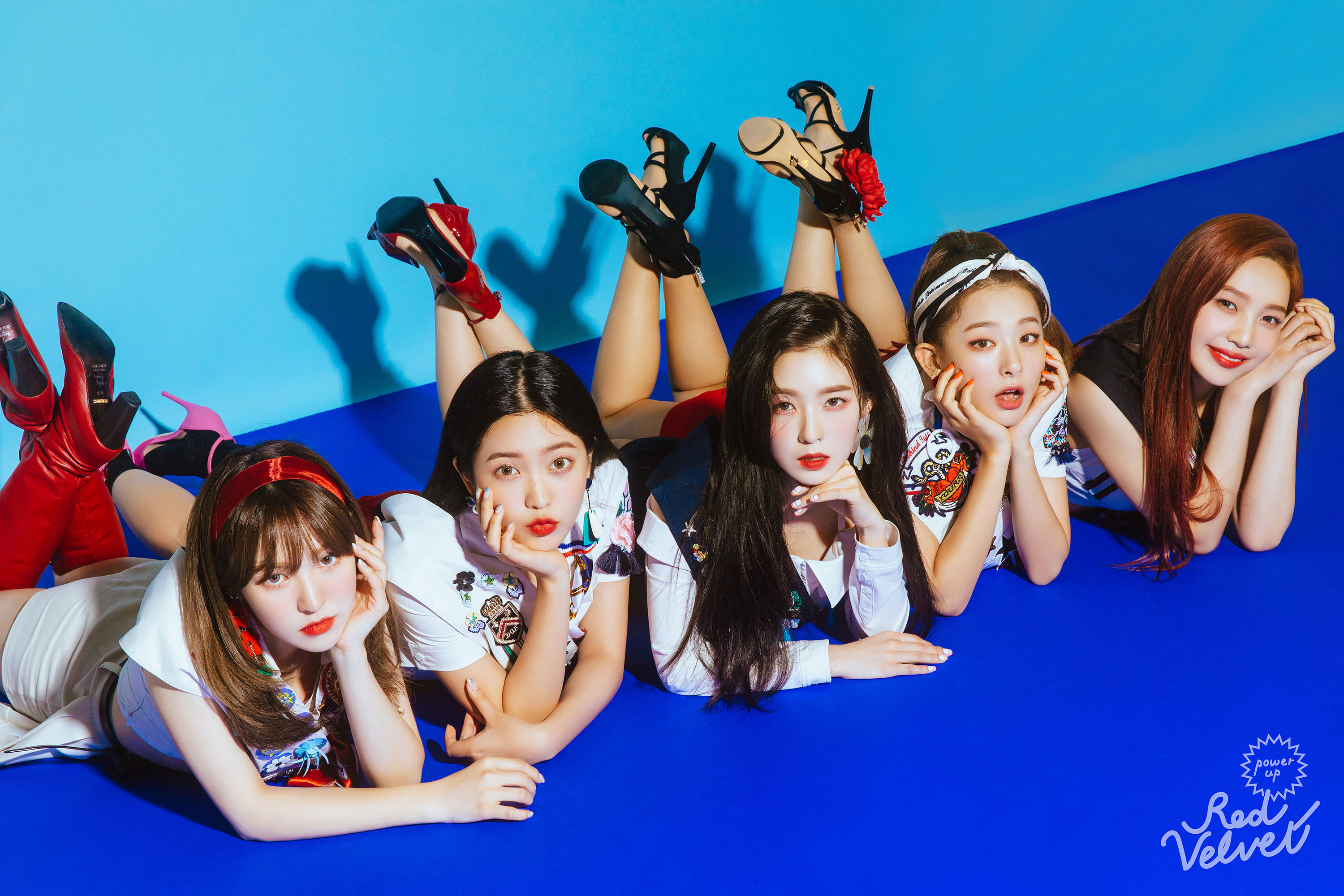 One of my favorite girl groups Red Velvet finally made their anticipated return with their 6th Extended Play ‘Summer Magic’ and title track ‘Power Up.’ If you had asked me whether I would stay up until 2AM to wait for their music video to be released… you would be absolutely right because I did stay up that late to wait for the music video to drop (and plus my sleeping schedule is all messed up nowadays so I usually don’t sleep until late anyways asdkjfd).

Upon finishing the music video, I knew right then and there that it was going to be my least favorite title track of Red Velvet. I love Red Velvet and I generally enjoy most of their title tracks (and albums) from both their ‘Red’ and ‘Velvet’ sides. Heck, my favorite title track and song of theirs is ‘Russian Roulette’ and that was a cute song from their ‘Red’ side. Any claims that people who don’t like ‘Power Up’ only likes their ‘Velvet’ discography and comebacks is wrong, because I like their more bubbly and cute songs as much as I like their more elegant and mature comebacks. However, ‘Power Up’ just did not click for me and it’ll probably have to be my least favorite title track of theirs so far. It’s a shame because Red Velvet had been delivering so far with all their title tracks and I would find myself replaying their songs over and over again. It’s not the same with ‘Power Up’ and I unfortunately cannot find myself repeating the song.

After giving the entire EP a listen, the songs that stood out to me the most would be ‘With You’ and ‘Blue Lemonade.’ ‘Blue Lemonade’ should have been the title track because it fits that summer vibe that Red Velvet was going for with this comeback and it just seems more fun and coherent. ‘Power Up’ felt random and mismatched and overproduced. I know that the song was attempting to be catchy with the ‘Bananana’ part, but that part of the song was actually the portion that I liked the least.

Red Velvet is now at that stage where anything they put out sells so SM might not care to put in as much effort into their comebacks and albums as they might have last year. I’m glad Red Velvet’s rising and continues to rise with success and popularity, but I wished it wasn’t at the expense of underwhelming and disappointing comebacks. You don’t have to be lazy if a group is successful. You can still deliver and be popular. I think this is generally the problem with entertainment companies when their groups have become more popular and are hitting their peak. They tend to become lazy because they’re aware of how well their groups are selling so they feel like they don’t need to put in as much effort as they used to and take the cheap, easy way out instead. It was as if SM wanted the same results that ‘Red Flavor’ got, but didn’t want to put in as much effort to create those results.

This might be my least favorite title track of Red Velvet which concerns me about their future comebacks, but the album itself isn’t so bad (thank goodness for ‘Blue Lemonade’). This is only one of the two bumps (‘Rookie’ being the other one) from the girl group that’s got me raising eyebrows, but thankfully all their other title tracks and albums impress me. Here’s to hoping this will be the last and final bump.