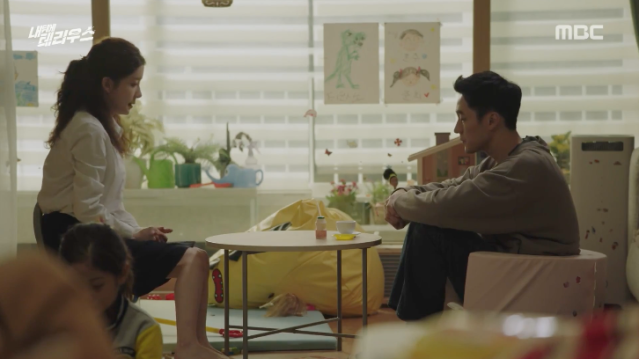 A drama with So Ji-Sub and NOT watching it? Impossible! So I went ahead and watched the premiere week of ‘Terius Behind Me’ starring So Ji-sub (Oh My Venus) and Jung In-sun (Welcome to Waikiki). While the first two episodes was overall a decent premiere, I do have some mixed reviews and thoughts about the drama itself.

I came into this drama without knowing much about it so I didn’t really have any expectations for this drama whatsoever. I rarely watch teasers before the premiere of a drama and even when I do, that’s the most that I do. With ‘Terius Behind Me’, I really only knew about So Ji-sub and Jung In-sun who were our lead actors which could explain for my surprise with all the supporting side characters. I was shocked but excited that So Ho-jun (Go Back Couple) was in this drama just because I watched his last drama where he played the male lead and he was super good in there. I’m afraid to say that I can’t say the same thing in this drama, but that’s a comment we can explore later on in this post. Other cast members include Kang Ki-young who made his breakthrough in this year’s ‘What’s Wrong Secretary Kim’ as well as Kim Yeo-jin who I watched in ‘A Witch’s Court.’ There were quite a few other familiar faces in this drama who I was not expecting so that was a nice and pleasant surprise. 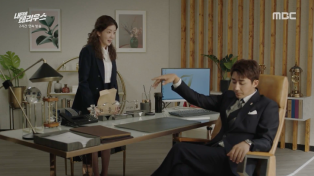 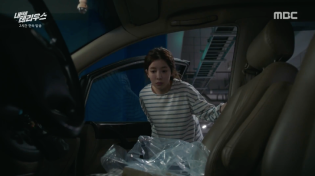 Moving on to the premise and storyline of the drama itself, I would say that ‘Terius Behind Me’ has a lot of potential to make things exciting. The plot basically revolves around So Ji-sub’s character Kim Bon who was a former National Intelligence Service agent responsible for a failed operation that killed the woman he loved. He basically helps Jung In-sun’s character Go Ae-rin raise her two kids because her husband suddenly passed away so he investigates the cause behind the husband’s death. The drama makes for both a wacky and intense kind of feeling and all our characters are loving in some way or the other. The two kids are super cute and their interactions with the stoic, shy, and awkward Kim Bon are the best. So Ho-jun’s character Jin Yong-tae is also comedic, especially in his interactions with Go Ae-rin (or maybe it’s just me because I can’t seem to take So Ho-jun seriously LOL). The drama is so cute and bright, and there’s definitely the potential to make it better than it already is. 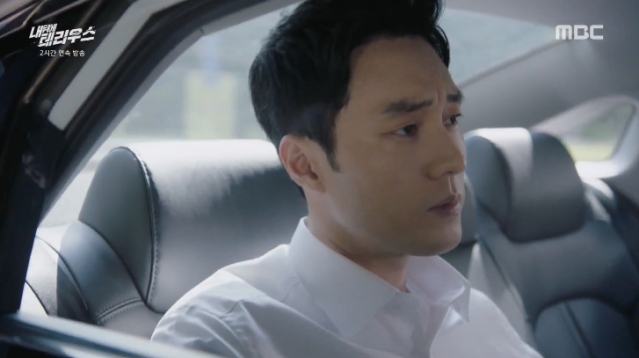 My only problem with the drama is that while the plot and premise of the show is decent, the directing really hinders the drama from taking off and unleashing its full potential. I remembered watching the first ten minutes into episode one and already realizing that it wasn’t going to be the type of drama that I had wanted it to be. The scenes felt slow, sluggish, awkward, and drawn-out; the one action scene where Kim Bon was being chased fell a little short of being intense and suspenseful. I think my biggest concern and issue with this drama is the directing which I personally believe holds the drama back and maybe even hurts it. If the directing was different, the drama would be so much better. Watching ‘Terius Behind Me’ makes me realize just how important and crucial good directing is to a drama. 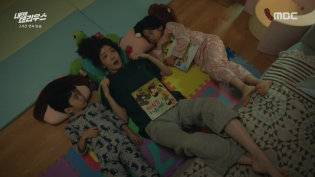 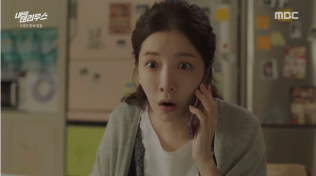 My other minor concern with this drama is Jung In-sun’s portrayal of her character Go Ae-rin who plays a single mother of two kids, secretary to Jin Yong-tae, and Kim Bon’s neighbor. I’m so confused on why I can’t seem to watch or get along with her portrayal of Ae-rin because Jung In-sun was phenomenal in other dramas. I greatly enjoyed her in Welcome to Waikiki where she also played a mother in there as well as her role in Secret Healer which was where I became her fan. I’m not really sure what it is about this drama or Jung In-sun that is off-putting, but I really hope her portrayal of Go Ae-rin is only because it’s the first two episodes and she’ll improve later on. Jung In-sun seems a bit awkward in this role and sometimes her character feels forced.

It kind of reminds me of my issue with Kim Go-eun’s portrayal of her character in Goblin where she acted a bit too childish but was phenomenal in her adult role. In ‘Terius Behind Me’, Jung In-sun is once again playing a mother but also an adult so it’s a little confusing and worrisome to me why I just can’t seem to vibe with her portrayal. It’s not like she’s a bad actress or anything because she’s proven endlessly to us her acting talents and skills, but maybe it’s just this character that she’s having trouble with. Who knows, maybe I’m just worrying for nothing and things will get better later on in the drama. That’s what I’m hoping for. 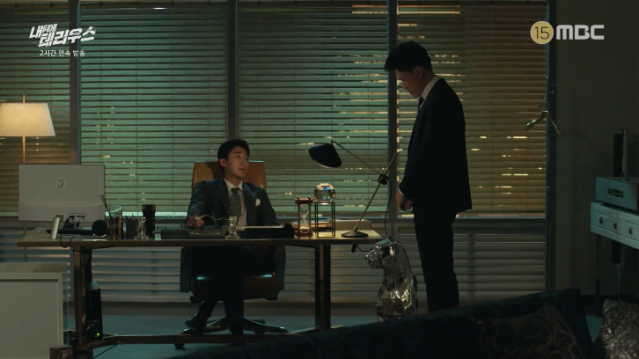 While I have my own concerns and issues with the drama, I think I’ll stick with ‘Terius Behind Me’ for now just to see how things pan out. So Ho-jun too is the other cast member who I find difficult to believe and watch as the mysterious, serious, and evil CEO of a shady business. Sometimes I feel like he’s attempting to be serious in the role, but it comes off as comedic to me so I don’t really understand what to feel or how to think. I admit that a part of me also just automatically perceive So Ho-jun as a funny and humorous actor so that perception and image of him could be influencing how I watch him in this drama, but the other part of me also hopes that he’s just taking some time to get into his character. Whatever it is, I just hope I don’t catch any second lead syndrome because I really like all of our three lead actors: So Ji-sub, Jung In-sun, and Son Ho-jun. 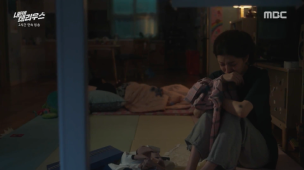 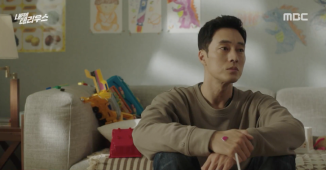 In my first post about this drama, I had commented about my curiosity in understanding why the female lead character of Go Ae-rin was rejected by two other actresses (Lee Yoo-young and Yoo In-na) before finally landing with Jung In-sun. After watching the first two episodes, I think it’s still too early to make any conclusions, but I can also sort of see why Go Ae-rin might not be the most attractive character to play. I could sense the limits and boundaries as to how much Go Ae-rin can do as a character. Right now, she’s just painted as a hard-working and determined single mother of two who wants to be viewed as worthy by others. I’m hoping that maybe in the future, she’ll work with Kim Bon to discover the reason for her husband’s death so that we see more of her other than just her with her two kids. That’s not to say that Go Ae-rin’s character as a mother is invalid, boring, irritating, etc. or that it’s bad that she’s a mother because there’s nothing wrong with this character at all. However, I do think it’d also be interesting to see her branch out to do different things and be a multi-dimensional character. 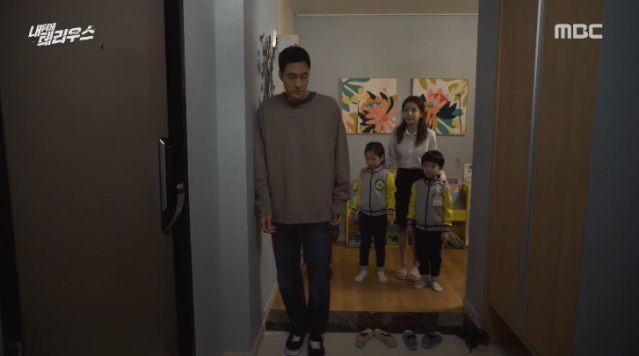 The first two episodes for ‘Terius Behind Me’ wasn’t too off-putting for me to drop it so soon. My plan is to stick with it for now and hope that the directing and actor portrayals will improve. I love the cast members so much I wouldn’t want anything else to ruin the drama for me.

Bonus: Extra screenshots all from episode 2 🙂